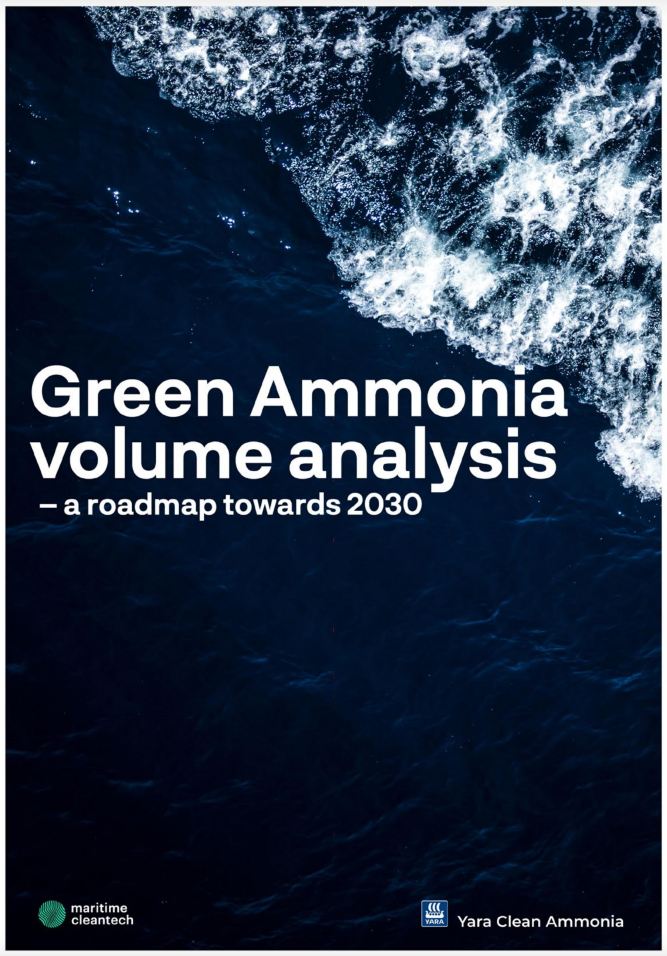 By Sofia Furstenberg Stott on May 18, 2022
Yara Clean Ammonia, together with NCE Maritime CleanTech and with analysis support from DNV, have delivered a volume analysis and roadmap for the use of renewable ammonia in the Norwegian domestic shipping sector. With the right policy levers in place, renewable ammonia can meet and reach beyond the 2030 decarbonisation targets for the Norwegian domestic fleet, reducing emissions by as much as 69%. 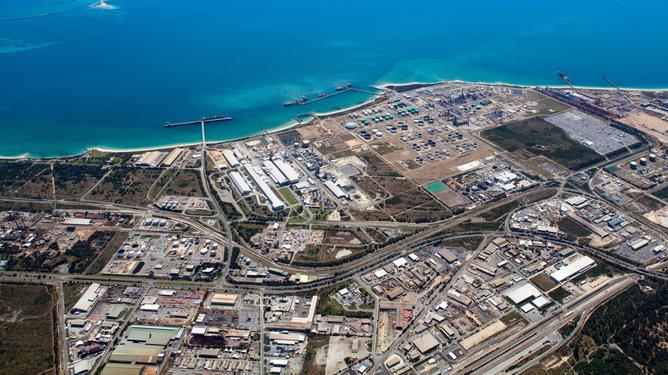 By Julian Atchison on May 17, 2022
APA Group and Wesfarmers Chemicals, Energy and Fertilisers (WesCEF) have signed a new MoU to investigate the potential of feeding renewable hydrogen to existing ammonia production facilities in Kwinana, near Perth. Sections of APA’s existing Parmelia Gas Pipeline are being assessed for conversion to carry 100% hydrogen. If successful, the pipeline could become a “pure renewable hydrogen service”. In Kwinana, plans are already underway for multiple newbuild hydrogen & ammonia projects. 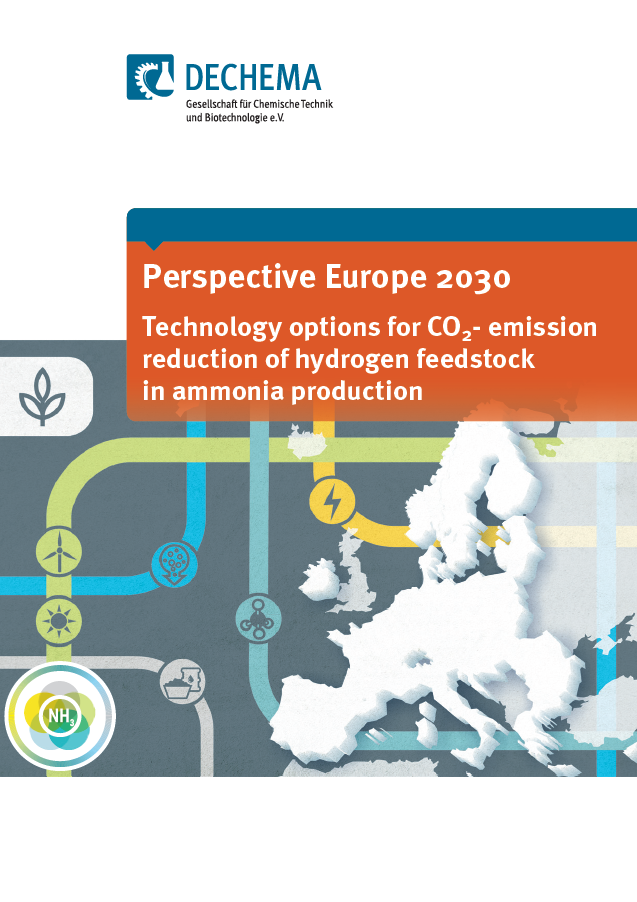 DECHEMA and Fertilizers Europe: decarbonizing ammonia production up to 2030

By Kevin Rouwenhorst on May 12, 2022
DECHEMA and Fertilizers Europe recently released a new report detailing how & where the European fertilizer industry can decarbonize leading up to 2030. Technology options for CO2-emission reduction of hydrogen feedstock in ammonia production explores decarbonization pathways including energy efficiency improvements, carbon capture & sequestration, renewable hydrogen feedstock and grid-based electrolysis. It proposes a detailed roadmap towards 19% emissions reduction from the EU fertilizer industry by 2030, and – looking ahead to 2050 – forecasts the almost complete decarbonization of the industry, via zero-carbon electricity generation in the EU and the growth of renewable hydrogen production. With the right policy & regulatory levers in place, Fertilizers Europe believes there is no reason the transition cannot happen faster. 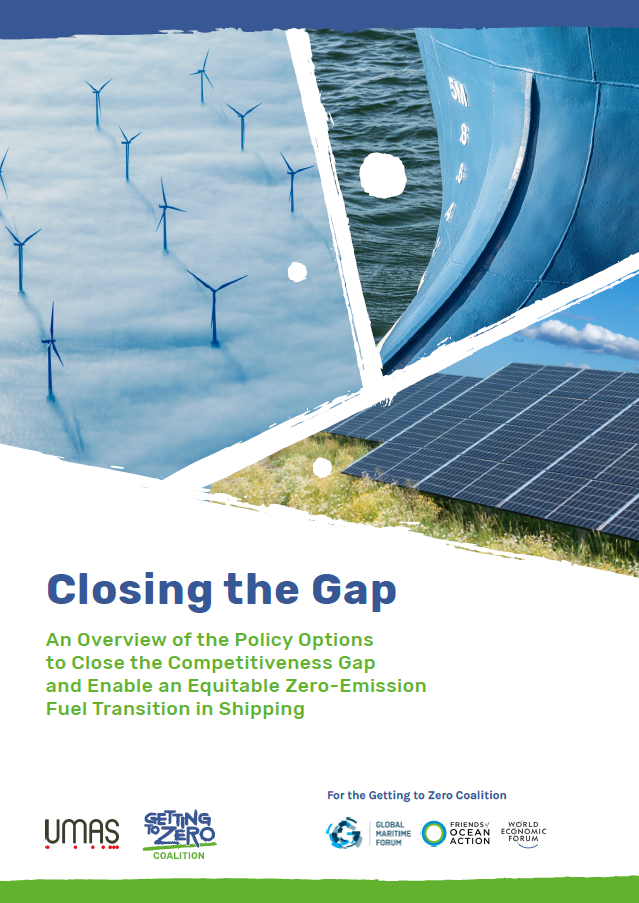 Closing the Gap for Zero-Emission Fuels

By Sofia Furstenberg Stott on March 27, 2022
In January 2022, UMAS and the Getting To Zero Coalition (GtZC) released a report with policy options for closing the competitiveness gap between conventional & future maritime fuels. Such measures will be necessary to enable an equitable transition to zero-emissions shipping. So how might these potential policy routes may impact and enable the scaling of maritime ammonia? 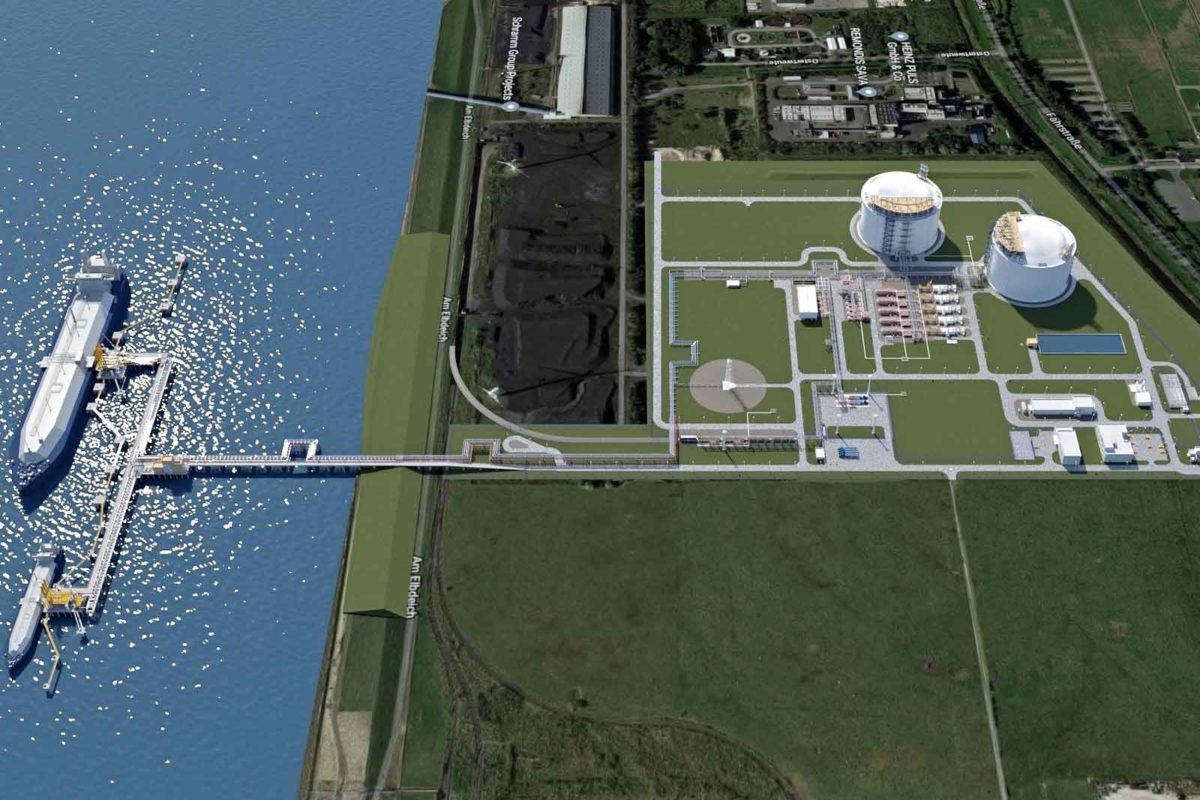 By Julian Atchison on March 20, 2022
RWE is accelerating plans for a green ammonia import terminal in Brunsbüttel, with facilities to be ready to receive 300,000 tonnes per year as early as 2026. Although the immediate focus for Brunsbüttel is a new LNG import facility, RWE indicates that the ultimate goal is complete conversion of the site to only import “green molecules” like ammonia. Brunsbüttel has already been identified as a likely destination for green ammonia exports from South Australia. And, an ongoing feasibility study by the Australian-German HySupply consortium has released interim results suggesting that shipping costs for Australian ammonia to the EU will be much lower than first thought. 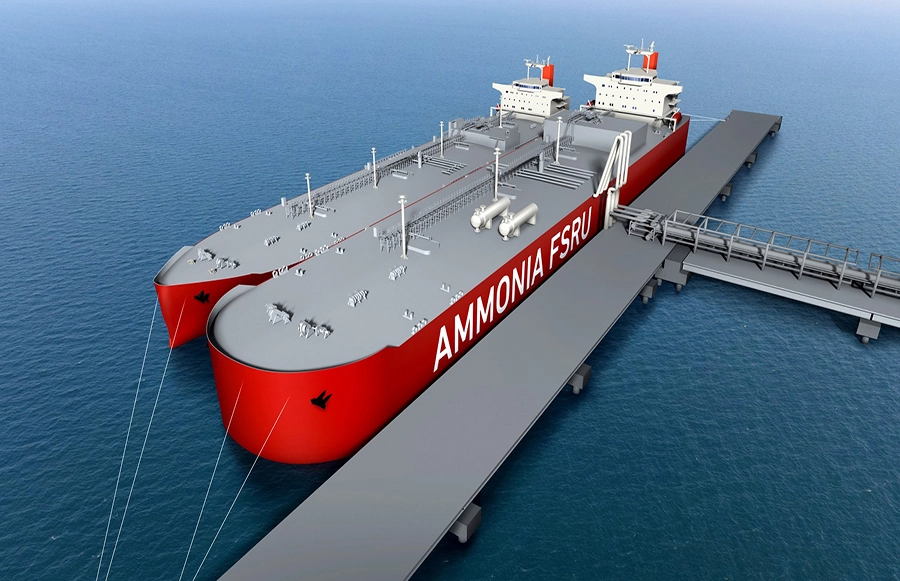 By Julian Atchison on February 08, 2022
This week Mitsubishi Heavy Industries (via subsidiary Mitsubishi Shipbuilding) & Mitsui O.S.K. Lines completed a joint study on the use of floating storage and regasification units (FSRU) for ammonia bunkering. FSRUs open up a suite of new options for future bunkering setups - particularly power generation applications. 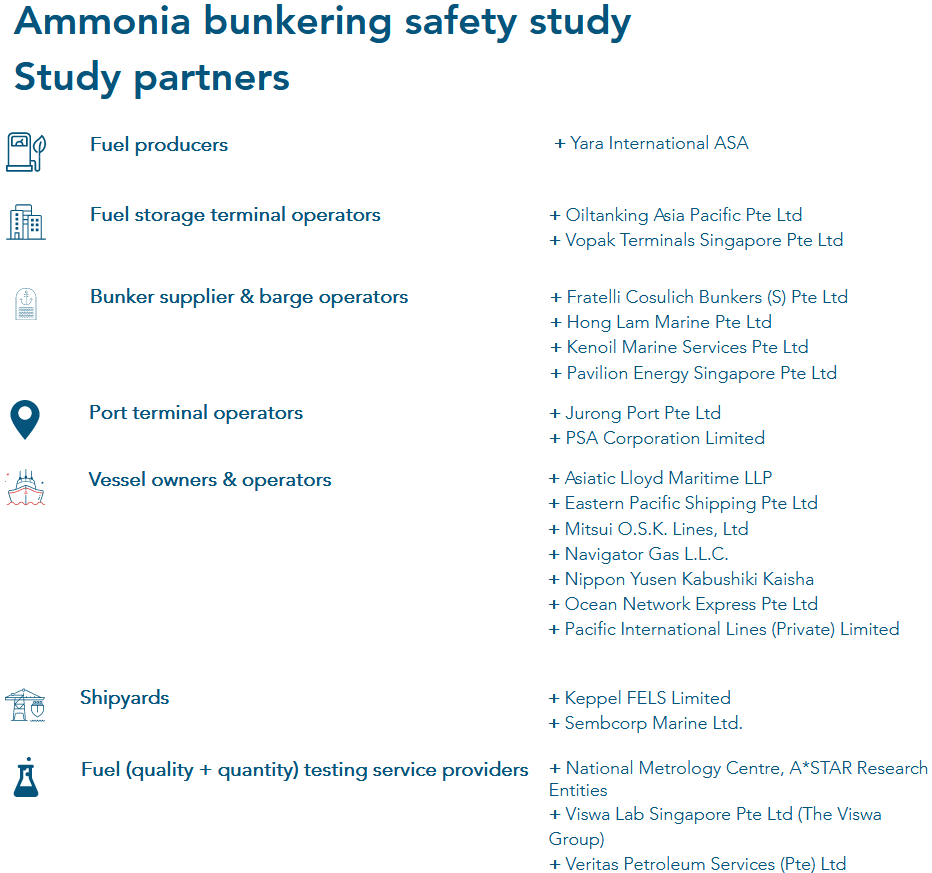 Building a “regulatory sandbox” for ammonia bunkering trials in Singapore

By Julian Atchison on February 01, 2022
In Singapore, the Global Centre for Maritime Decarbanisation has selected a DNV-led consortium to carry out a key bunkering safety study. The work of DNV, Surbana Jurong and the Singapore Maritime Academy will create a "regulatory sandbox" to enable the demonstration of ammonia bunkering at two trial locations, and run for twelve months until February 2022. 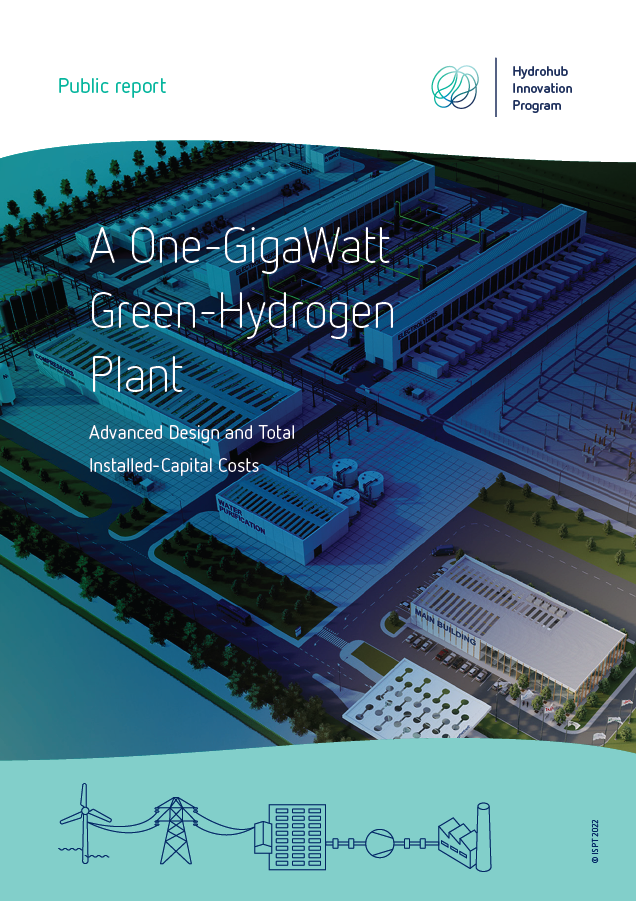 New Report from ISPT: what does a 1 GW electrolyser plant look like?

By Julian Atchison on January 27, 2022
The new report from ISPT is the culmination of the Hydrohub Gigawatt Scale Elektrolyser project, and presents a detailed design for an advanced, GW-scale green hydrogen plant. The greenfield design could be up-and-running in a Dutch port area by 2030, and would have total investment cost levels of 730 €/kW for alkaline water electrolysis, or 830 €/kW for PEM water electolysis. This translates to about half the CAPEX required for a state-of-the-art design from 2020. 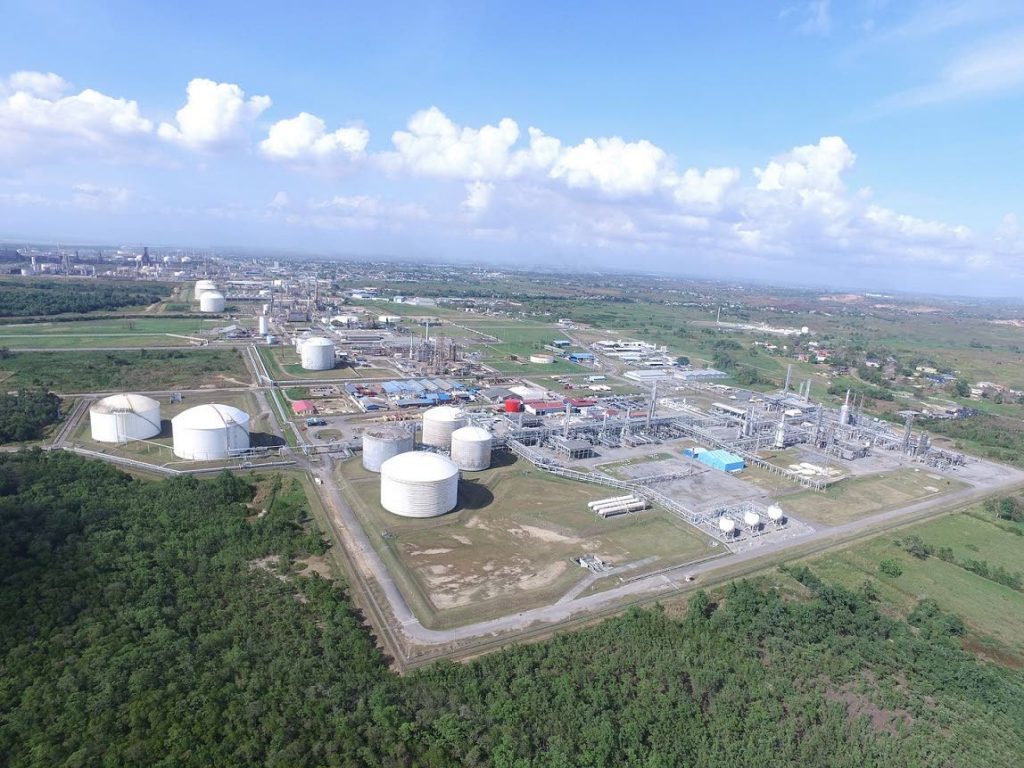 By Julian Atchison on January 27, 2022
KBR has been awarded a study to help establish a green hydrogen economy in the dual-island nation. Repurposing of Trinidad & Tobago's existing industrial infrastructure - particularly grey hydrogen & ammonia production facilities - will be a key focus. Trinidad & Tobago occupies a crucial role in the global ammonia supply chain, but its reliance on grey hydrogen means that declining gas reserves and spiraling gas import prices have created shortfalls, with some ammonia production suspended and plants closed. A green ammonia project led by NewGen Energy will develop a 130 MW, solar-powered electrolyser facility in Point Lisas, and feed the state-owned Tringen I & II ammonia production plants 27,200 tonnes per year of green hydrogen feedstock.