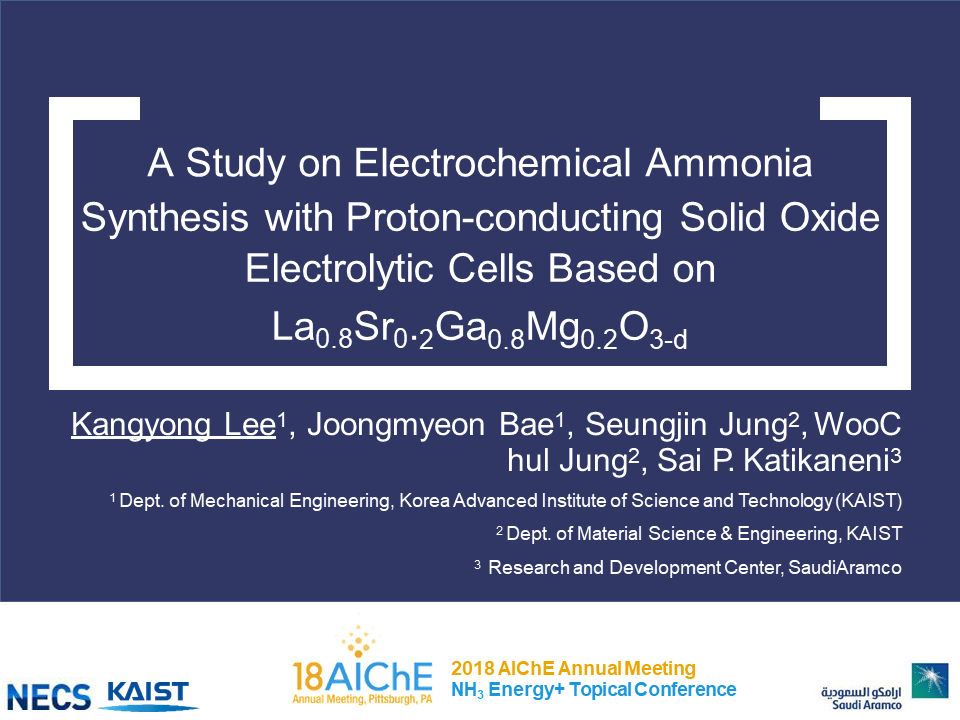 Ammonia has become one of the most important chemicals with its versatility since the Haber-Bosch process was invented. Recently, ammonia has been getting interests because of its possibility as a hydrogen carrier. Since ammonia has high energy density and carbon-free characteristics, using ammonia as a fuel of solid oxide fuel cells is advantageous. However, the Haber-Bosch process spends much electricity because of the high pressure condition, and the process consumes more than 1% of energy consumption worldwide. Therefore, the development of a new method for the ammonia production is necessary.

In this study, solid oxide based electrolytic cells were fabricated to synthesize ammonia in an electrochemical way. Various metal catalysts were tested with the electrolytic cells to synthesize ammonia, and an infiltration method was introduced to enlarge triple-phase boundaries of the cells. Operating temperatures and bias were also varied to find the feasible condition for the electrochemical ammonia synthesis. The production rate was compared to the previously reported values, and it is over 1×10-9 mol NH3∙s∙cm-2. Also, to see the feasibility of the ammonia operation of the fuel cells, the performance of solid oxide fuel cells was tested under ammonia-fed condition and compared to hydrogen-fed condition. At the single-cell level, the performance under the ammonia-fed condition showed about 20% difference compared to the hydrogen-fed condition.