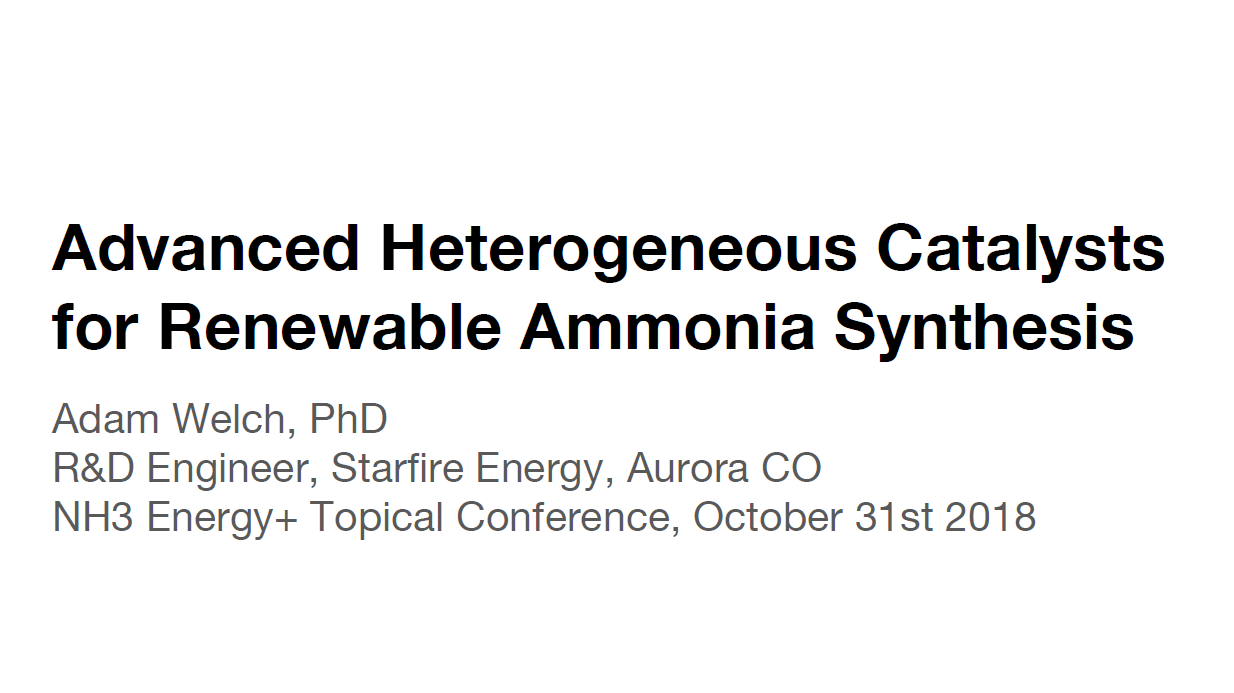 The traditional Haber-Bosch (HB) synthesis of anhydrous ammonia will adapt to clean power by sourcing the hydrogen from renewable electrolysis. However, the very large scale of current HB plant designs are not well-matched to smaller and more distributed clean power resources. Plant/reactor designs need to be made at a smaller scale in order to best utilize clean hydrogen. Small, megawatt scale HB reactors have an additional advantage of being better able ramp up and down with variable renewable power. This talk will detail ARPA-e funded work into the design and optimization of these smaller, clean NH3 reactors, which utilize much higher and variable space velocities, lower pressures, and gas adsorption rather than condensation for NH3 extraction.

The different synthesis conditions at smaller scale also require a rethinking of the existing HB iron catalysts, which have been optimized for large, low space velocity reactors. New, advanced heterogeneous catalysts, capable of 5X faster nitrogen fixation, will be discussed. This talk will detail the development of the catalyst, including the ternary oxide support and metal nanoclusters, both of which play a key role in the catalyst performance. Many phases of the ternary system were synthesized, characterized for surface area and metal dispersion, and tested in a differential reactor to map catalytic performance to support composition and structure. Additionally, different active metals were attached to the best performing oxide support, to study the activity dependence on metal species.