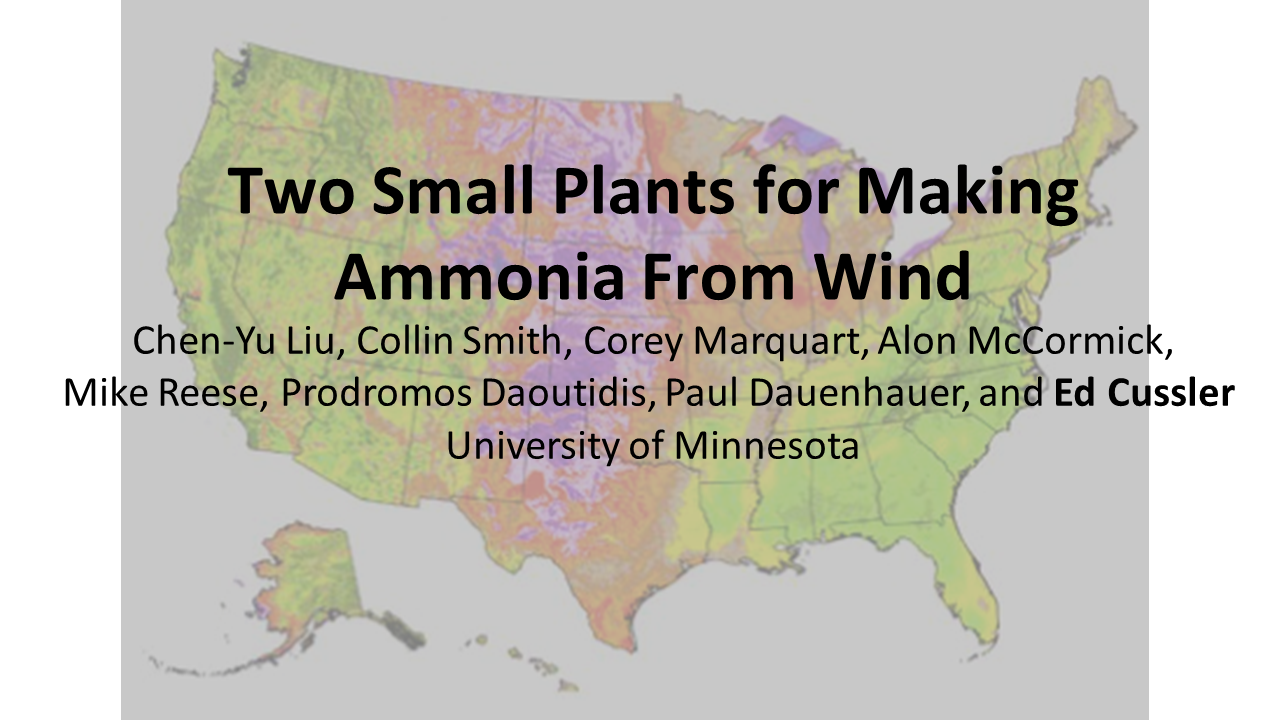 While adsorption onto solids is a common separation process, absorption into solids is much less often used. The reason is that absorption is usually assumed ineffective because it includes very slow solute diffusion into the solid. An exception may be the separation of ammonia from nitrogen and hydrogen using ammines, especially at temperatures close to those used in ammonia synthesis. There, ammonia can be selectively absorbed by calcium chloride; nitrogen and hydrogen are not absorbed. The kinetics of ammonia release seem to be diffusion controlled. The kinetics of absorption are consistent with a first order reaction and diffusion in series, so the rate controlling step changes with the amount of absorption. The potential of this separation in the distributed production of ammonia is discussed both as a source of fertilizer and as a means of wind energy storage.