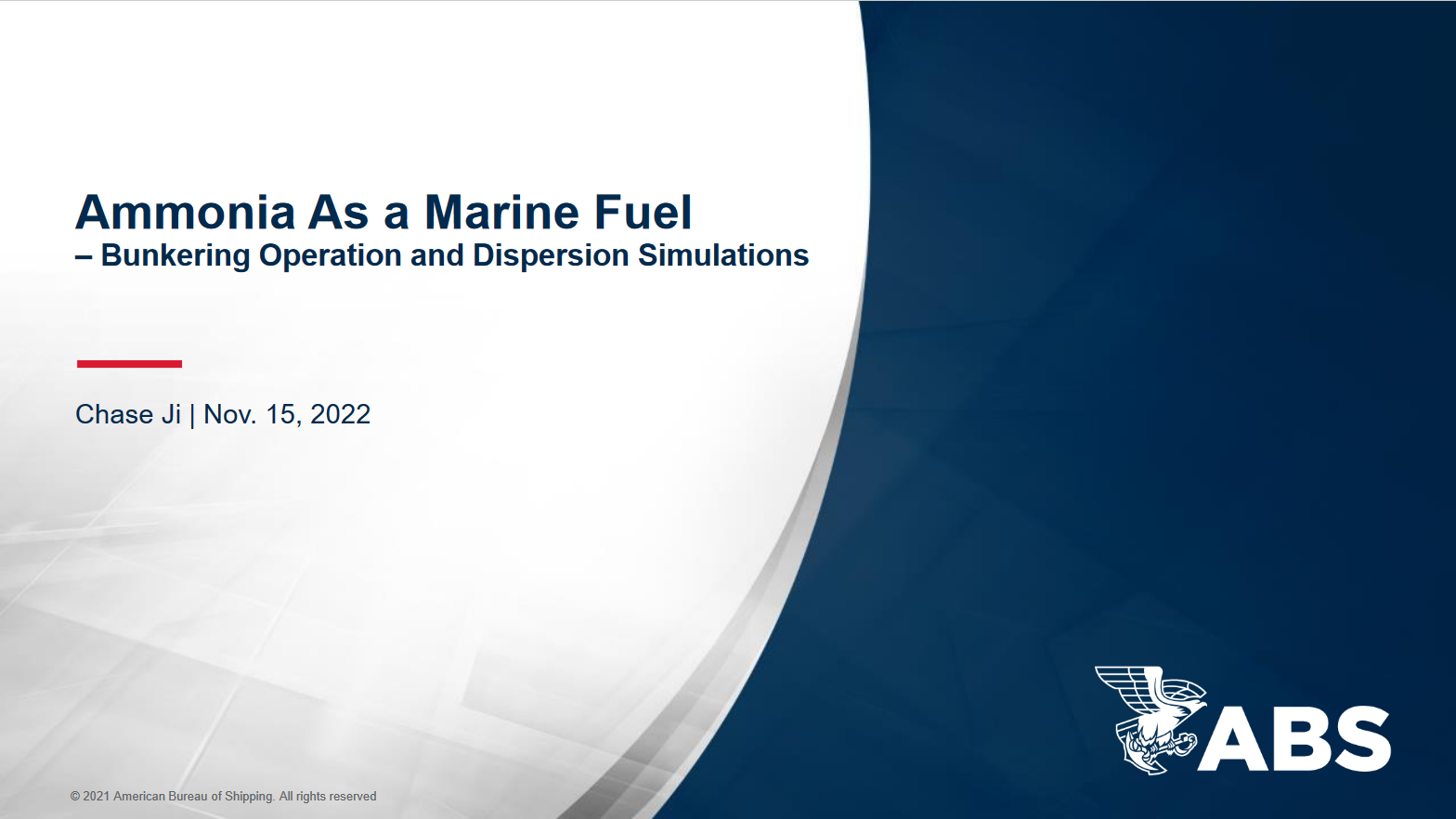 Global warming is linked strongly to increased greenhouse gas (GHG) concentration in the earth’s atmosphere. The maritime cluster plays a critical role in reducing GHG emissions by replacing fuels of fossil origin with low-carbon or carbon-free alternatives. As a carbon-free fuel, anhydrous ammonia has received much attention recently due to its established production technology, distribution infrastructure, and satisfactory energy density as a marine fuel.

Unlike normal ambient liquid fuels, ammonia relies on refrigeration or pressurization to maintain the liquid phase. Boil-off gas (BOG) can be generated at constant pressure by the addition of heat to saturated liquid and involves significant enthalpy change. In contrast, flash gas is generated when saturated liquid undergoes a reduction in pressure with no associated enthalpy change. This study proposed 33 ammonia bunkering configurations generated from the combination of 4 main bunkering supply modes, 3 bunker receiving modes, and 3 storage conditions. Based on the comparison of ammonia dispersion patterns over the sea and land, it can be concluded that the cloud footprints and the lethality footprints can be reduced significantly if the released ammonia rainout pool can be contained within the decks of the supplying and receiving vessels. The extent and impact of the release are much greater once ammonia enters the water bodies.

A review of mitigation measures was conducted in this study. Existing measures include water curtains, absorbent, and physical barriers that remove ammonia from the ambient or direct it to a no man’s area. Among them, the water curtain is the most adopted, which still deserves further improvement for ammonia bunkering operations. It is expected that various types of mitigation measures can be applied together to enhance performance.