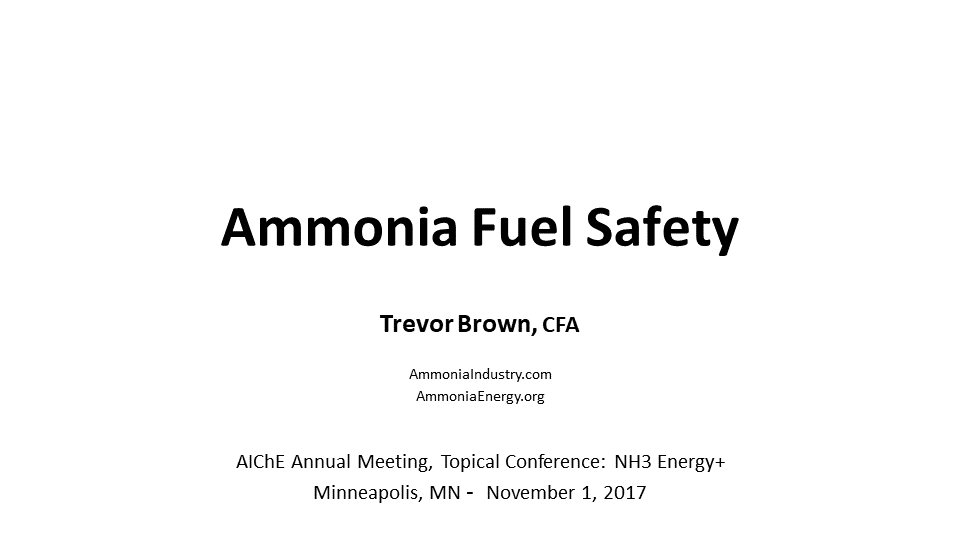 This paper introduces the existing literature on the safety of using ammonia as a fuel, which provides comparative data for a range of traditional and alternative fuels and energy carriers. The studies reviewed conclude that risk levels associated with using ammonia as a fuel are “similar to those of gasoline,” or “similar, if not lower than for the other fuels,” also including hydrogen, methanol, LPG, and CNG. Ammonia as a fuel can meet all “acceptable” risk levels in even the most stringent regulatory jurisdictions.

Addressing popular misconceptions and fears by providing robust sources for quantitative data on the dangers of ammonia, this paper demonstrates that although the risks are entirely different (toxicity v. flammability, for example), the risk levels of ammonia are similar to other fuels. Moreover, while the hazards of ammonia are very real, they are also very well known, following 100+ years of industrial-scale production, transportation, and use. Ammonia fuel safety is therefore an engineering design challenge, with no requirement for new technology breakthroughs.

This paper argues that safety, while crucial, should therefore not be a barrier to the research and development of ammonia fuel technologies or to the responsible deployment of commercial systems. However, before such systems can be developed, ammonia safety will need to become a much better understood economic variable for investment models.