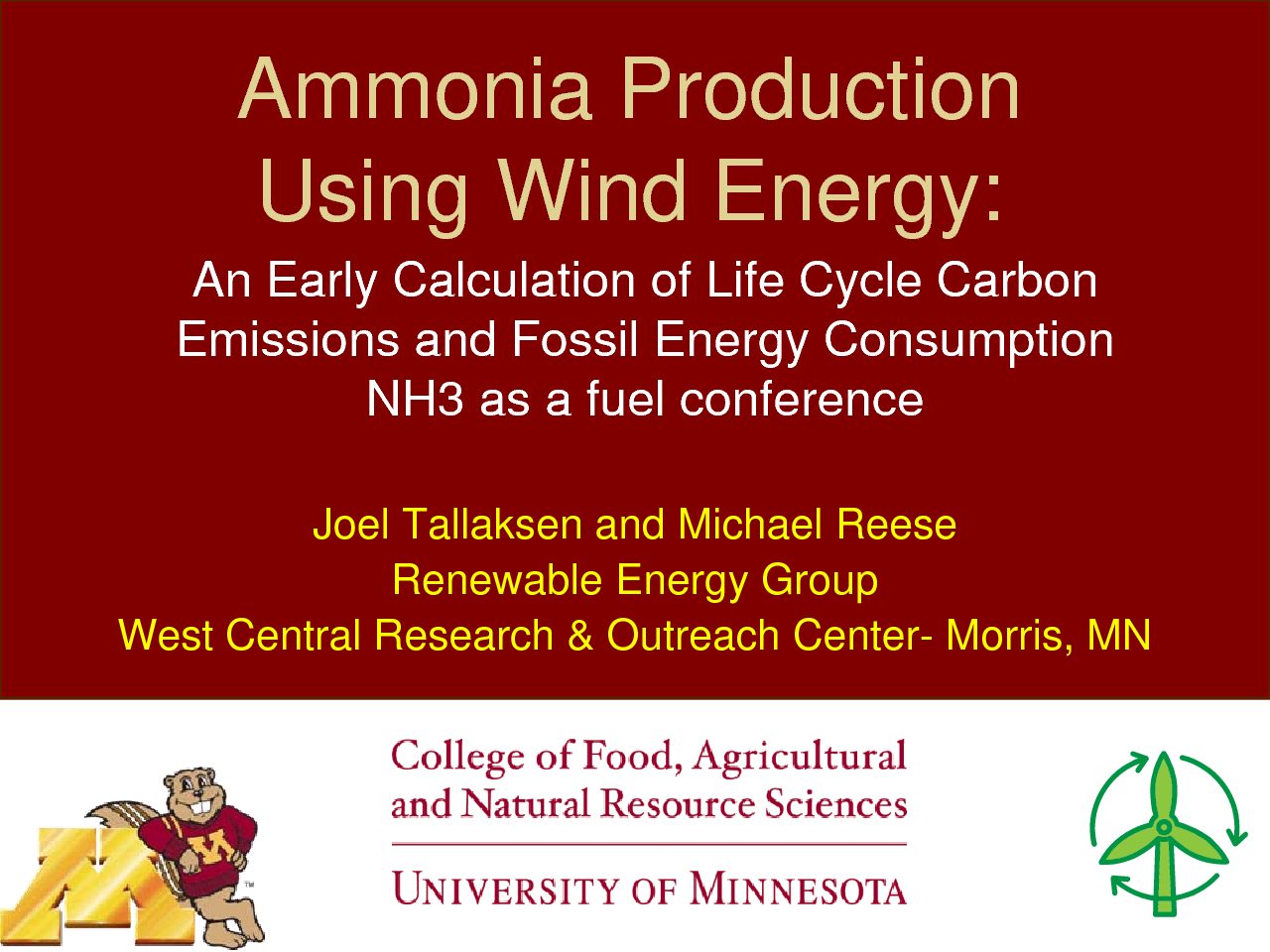 Industry professionals and others have begun to consider the use of ammonia as a substitute for fossil energy in the fuel, fertilizer, and chemical sectors. Several factors are driving this concept; including, energy security concerns, the potential for economic development, and reducing the environmental consequences of fossil energy use.

In terms of environmental concerns, it is important to determine the potential impacts of producing ammonia before a major switch to ammonia can be considered. This study examined fossil energy use and carbon emissions in the production of ammonia, using life cycle assessment (LCA) methods to analyze production at a novel wind to ammonia pilot facility. It compares renewable ammonia production to fossil based ammonia production.

The University of Minnesota Wind to Ammonia Facility is a pilot scale plant that uses electricity from a co-located commercial-scale wind turbine to power ammonia production. Life cycle assessment of ammonia production was performed using preliminary ammonia production energy data from facility startup, input/output predictions based on equipment design, and engineering estimates of the facilities production capabilities. The early results indicated that renewably produced ammonia requires around 60 Gj of electricity per tonne of ammonia. Though this is considerably more total energy than conventional fossil fuel based produced ammonia, it requires far less fossil energy and results in far fewer greenhouse gas emissions. Even after factoring in facility construction, maintenance, and infrastructure use, fossil energy and greenhouse gases were considerably lower.

As an ongoing effort, the study will continue to refine the analyses as more data is collected during the extended startup and tuning phases of the facility. In addition, further LCA work will examine predicted fossil energy savings and GHG reductions at a scaled-up facility. Improved efficiencies from using advanced equipment designs will also be studied.