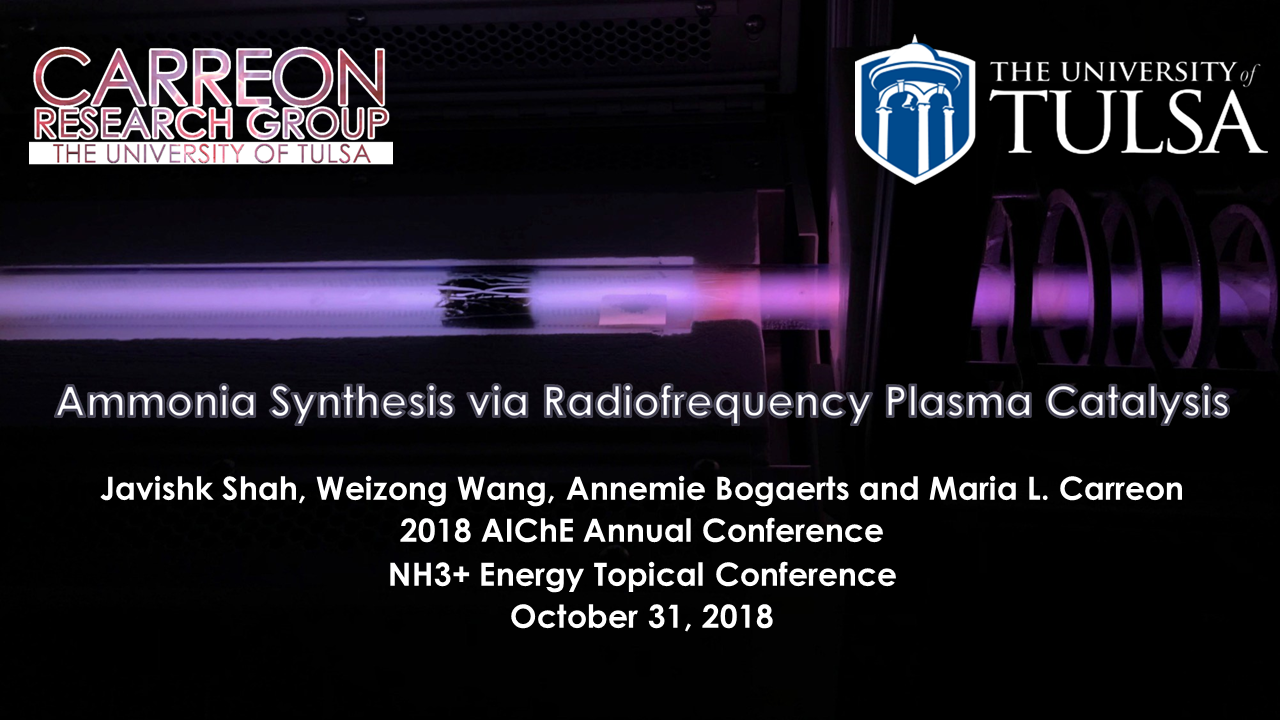 Introduction:
In 1909, a compound named Ammonia was discovered. Through the 20th century, the immense potential of this chemical was exploited by using in almost every product, from process industry for fertilizer and chemical production to every use in cosmetics, household cleaners and medicines. Recently, fuel cells operating on liquid ammonia as working fluid have been developed on research scale. Despite of using 1-2% of total energy production for the synthesis of this compound, no significant changes have been made to the process since the first Haber-Bosch process plant has been setup.

Plasma catalysis is the use of plasma and catalyst synergism for the synthesis of various compounds. In case of ammonia synthesis, it helps in shifting the rate-limiting step from nitrogen dissociation to NHx formation. The excitation source helps the molecules to reach excited and ionized states which ensures the abundance of radicals for radicals. Radio-Frequency plasma is once such tool for plasma-catalysis. The synthesis has been explored by Matasumoto et al.[1] but no concrete details about the reaction pathway and plasma-catalyst synergism have been reported.

Materials and Methods:
In this study, we synthesize ammonia in an in-house built plasma reactor. Inductively coupled Radio-frequency has been used as the excitation source with a Quartz tube under vacuum. The synthesis is carried at 400 °C and the exhaust gases from the pump are used for analyses. The catalyst used were 1g meshes of Fe, Cu, Pd, Ag and Au. A semi-metal Ga, was used as a catalyst for the very first time for ammonia synthesis for any known synthesis process.

Results:
Yields as high as 19% have been achieved at 300 W plasma power and Au catalyst. Although, the highest synthesis rate achieved is 0.22 g-NH3/kWh at 50 W plasma power with Ga catalyst. The simulations revealed the rate-limiting step as NH2 formation. The emission spectra revealed the dominance of gas phase atomic hydrogen (Hɑ) species on ammonia yield. Based on the experimental results and simulation we elucidate the mechanism predominantly comprising of surface reaction on the wall of the reactor and the surface of catalyst.