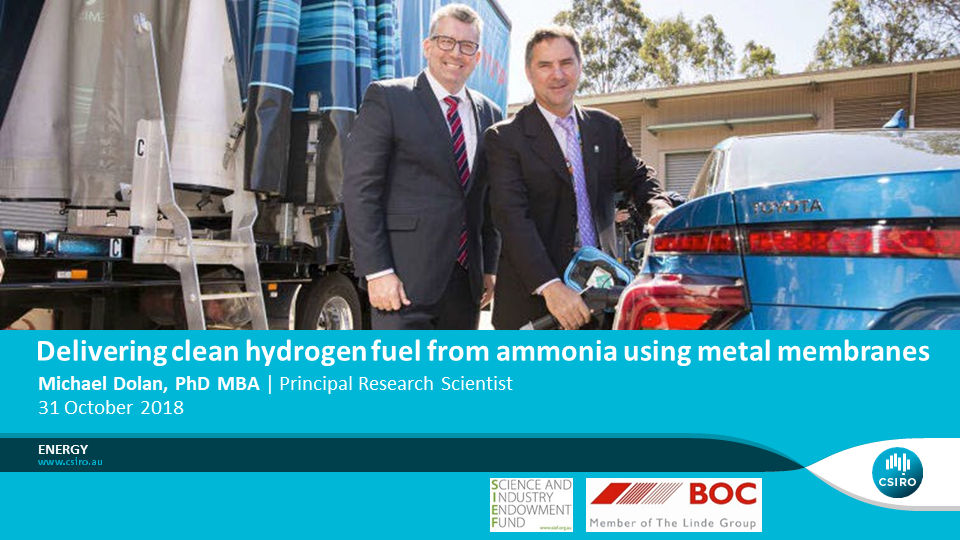 Ammonia can play a significant role in fuelling the world’s growing fuel cell electric vehicle (FCEV) fleet through technologies which allow the decomposition of NH3, and subsequent extraction and purification of H2. CSIRO has recently demonstrated a pilot-scale ammonia-to-hydrogen system, incorporating an ammonia decomposition stage with a subsequent membrane-based hydrogen purification stage, at a rate of several kilograms of H2 per day. Through partnerships with an industrial gas producer and two FCEV manufacturers, the resulting H2 has been compressed and dispensed into FCEVs. System design, materials, performance and strategies for scale-up and demonstration will be discussed.