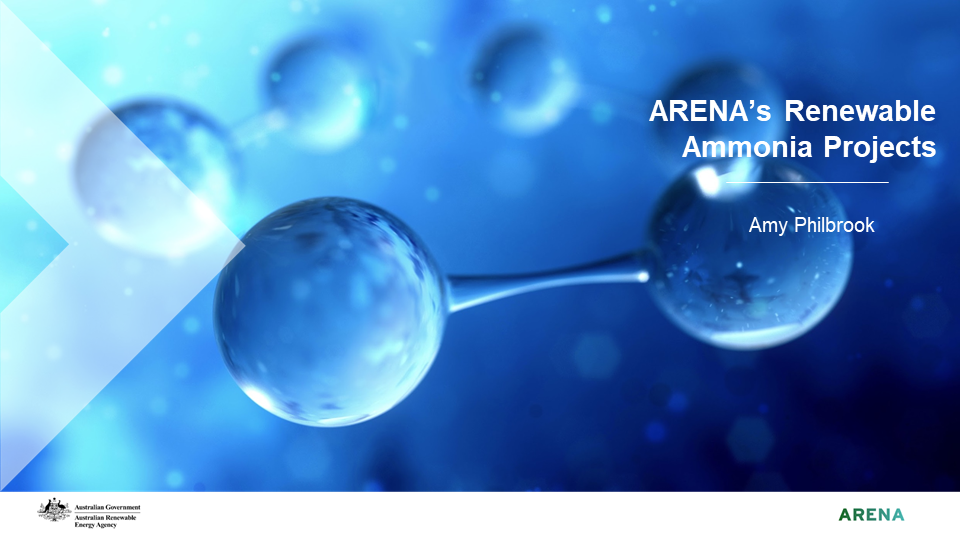 ARENA’s purpose is to improve the competitiveness of renewable energy technologies and increase the supply of renewable energy through innovation that benefits Australian consumers and businesses. By connecting investment, knowledge and people to deliver energy innovation, we are helping to build the foundation of a renewable energy ecosystem in Australia. We provide funding support to help the renewable hydrogen industry overcome barriers to its further development, such as the high cost of producing renewable hydrogen, limited regulatory frameworks for applications such as use in the natural gas network, under-developed end-use markets and insufficient demand to attract investment in projects.

ARENA has supported a number of renewable ammonia initiatives including:

The learning and outputs from these initiatives will be presented.