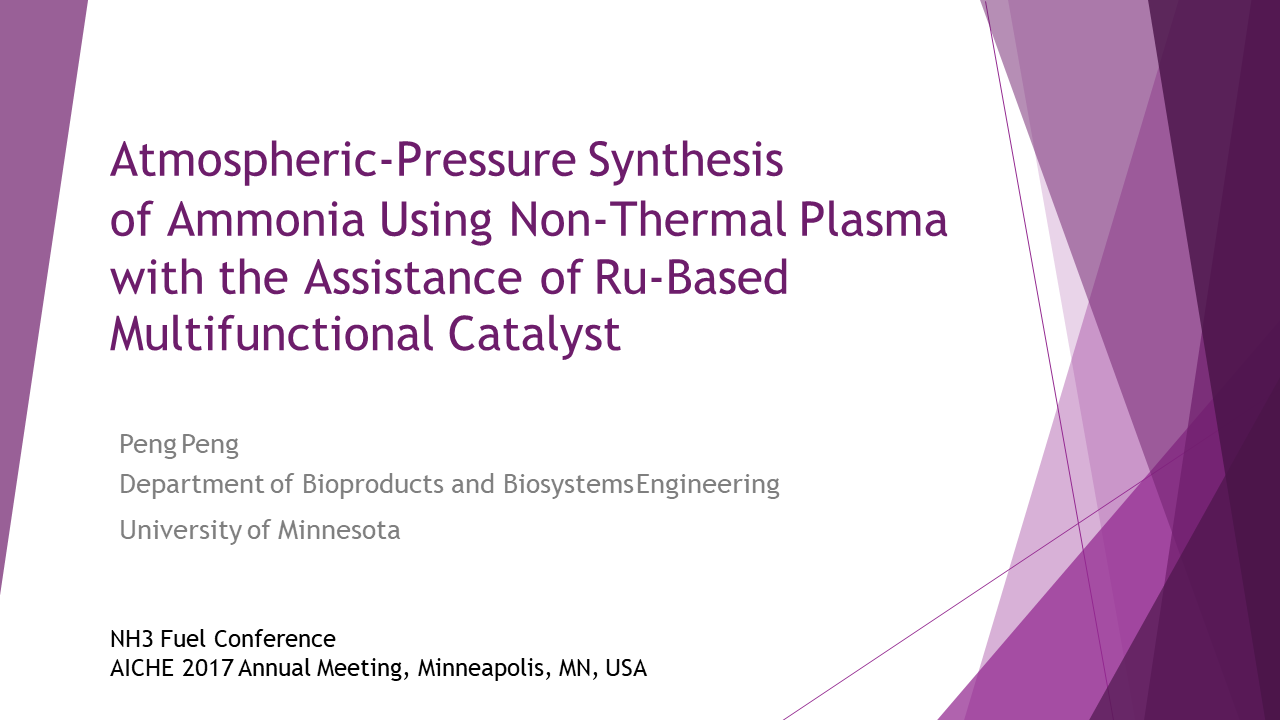 Ammonia has much more uses than being a fertilizer. Its emerging applications include hydrogen carrier, fuel cells, clean transportation fuels, and other off-grid power applications. The traditional Haber Bosch process used to synthesize ammonia must be achieved at high temperature and pressure. The non-thermal plasma (NTP) allows for the synthesis of ammonia at a lower temperature and pressure conditions. It is proposed that the moderate process conditions can potentially allow a more economical construction and operation of ammonia production systems on distributed farms and renewable hydrogen production sites. In this study, we report the NTP synthesis of ammonia using dielectric discharge, and a Ru-based, multi-functional catalytic system deposited on mesoporous silica MCM-41.

Various surface characterization methods (TEM, SEM, elemental analysis, AFM, XRD, XPS, etc.) were used to analyze the catalyst. For the ammonia synthesis results, we determined that the synthesis efficiency increases in the high frequency zone (>20000 Hz). The effects of different experimental parameters were studied and the highest ammonia synthesis efficiency achieved was 1.7 g/kWh at 5000V and 26,000 Hz. Results were analyzed in the context of several synergetic effects including the plasma forming mechanism, discharge effects of the catalysts, plasma shielding effects of the mesoporous structure, and other plasma-catalyst interactions. Lastly, a new concept of a two-step dielectric discharge plasma ammonia synthesis method was also proposed, which separates the plasma ionization from the catalytic synthesis and has the potential of improving the NH3 synthesis efficiency.