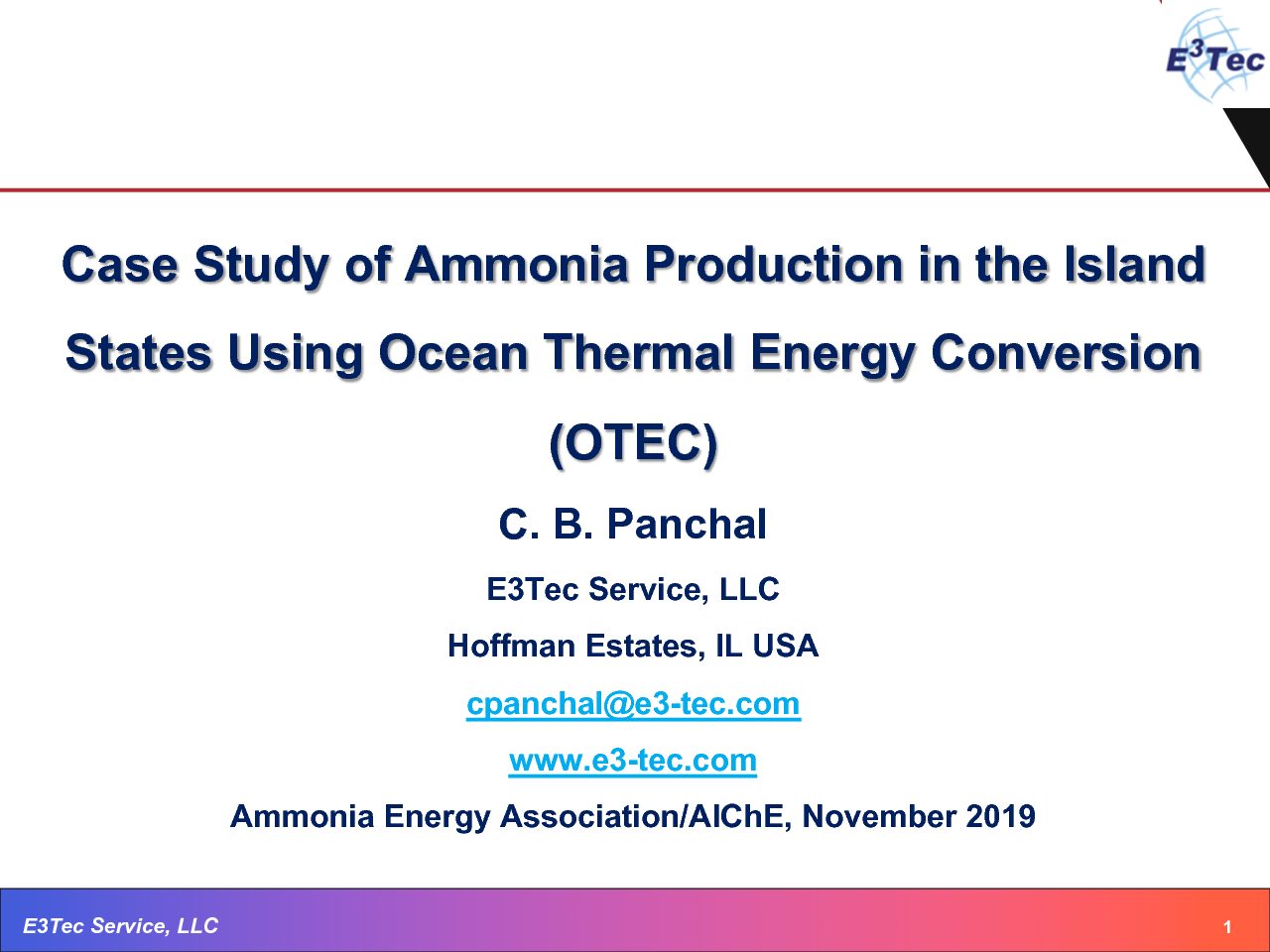 The world’s oceans are the largest collectors and storage of solar energy and have an enormous potential to supply growing worldwide energy demands, commodity products like ammonia and fresh water. This case study focuses on the island states for implementation of the Ocean Thermal Energy Conversion (OTEC) in the foreseeable future within two decades. Small Island Developing States (SIDS) and other island states exclusively rely on petroleum-liquid based power generation, specifically fuel oil and diesel. For example, power generating capacities of Mauritius, Reunion, St Thomas and St Croix are 480 MW, 435 MW, 200 MW and 120 MW, respectively. Fossil energy represents 50% to 80%, with remaining from hydro or bagass or biomass. The uncertainty of supply and price of refined petroleum-liquid fuel on a long-term basis has adverse impact on the sustainability of the island states as pointed out at the 2005 UN-sponsored SIDS conference in Mauritius. Furthermore, the perceived climate change is expected to have an adverse impact on the supply of fresh water for the island states that will require desalination of seawater. The purpose of this case study is to demonstrate that the island states can become the major producers of OTEC-based ammonia that would make them fossil-energy free society and export ammonia as hydrogen carrier. Ammonia as hydrogen carrier for fuel-cell-based automobiles will make the island states fossil-free as well as enhancing sustainable economy by exporting ammonia to other countries. Ammonia can be directly used as fuel for agriculture equipment displacing diesel that would significantly help sugar cane producers like Mauritius. This case study with the focus on the island states consists of: a) OTEC ammonia as agriculture fuel for the island states; b) ammonia as hydrogen carrier for transportation; c) production of fresh water; and d) displacing ammonia produced by gasification or coal and petroleum products. This case study demonstrates that with full implementation of the clean-energy OTEC technology by 2040 for the tropical islands and beyond in these four applications, it would play a significant role in the global CO2 abatement.