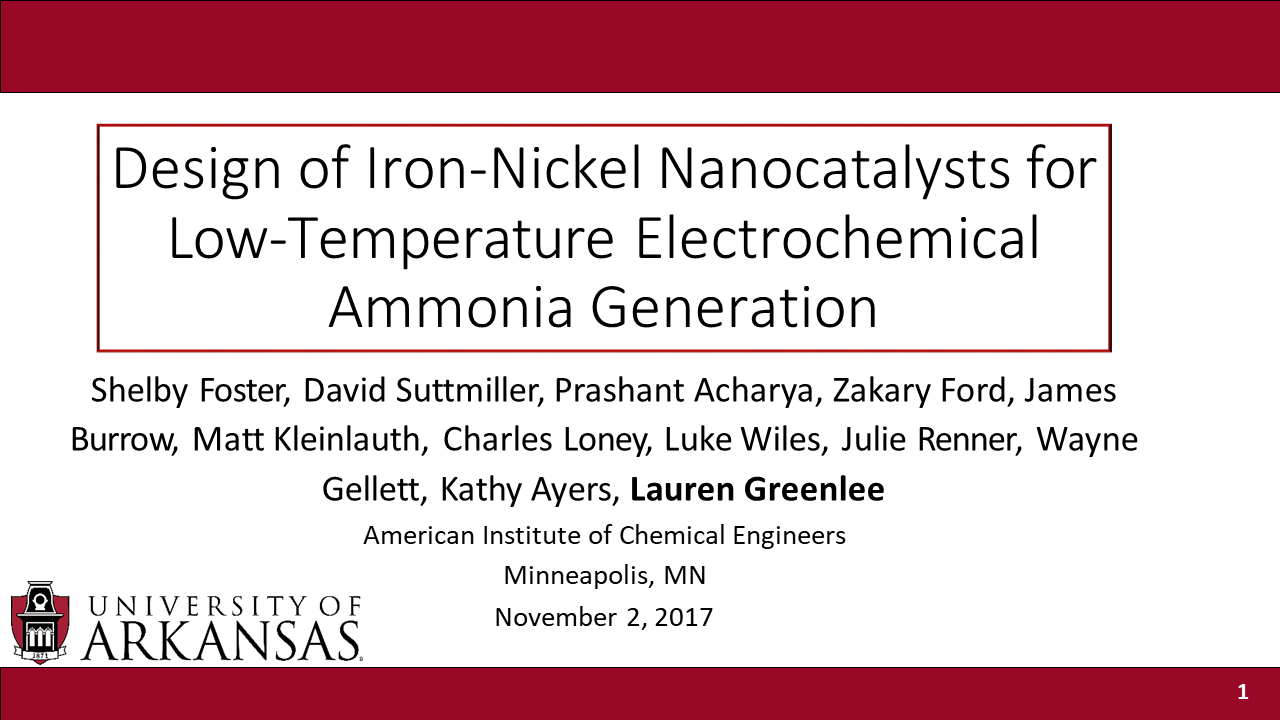 The Haber-Bosch industrial process for ammonia production is the cornerstone of modern commercial-fertilizer-based agriculture. Haber-Bosch ammonia fueled the global population growth of the 20th century, and approximately half of the nitrogen in human bodies today originates from ammonia-based fertilizer produced by the Haber-Bosch process. However, the Haber-Bosch process operates at high temperature and high pressure to achieve high conversion efficiencies, and the hydrogen input comes from steam reforming of coal or natural gas. In addition to the energy costs, the large production of carbon dioxide as a greenhouse gas and the large required economies of scale motivate research efforts to explore other possible options for ammonia production. One potential option is low temperature electrochemical synthesis of ammonia from nitrogen and water. An electrochemical process that directly synthesizes ammonia molecules from nitrogen gas and the hydrogen atoms of water molecules would eliminate the need for fossil-fuel-based hydrogen as a reactant and decrease CO2 emissions. Further, an electrochemical system based on already-developed technology in the fuel cell and electrolysis arenas would enable a modular, scalable, and energy efficient process that could be connected to renewables (i.e., wind or solar) as the energy input.

While electrochemical ammonia synthesis is an enticing option in theory, in practice the process is severely limited by the lack of available catalysts that can produce ammonia at high Faradaic efficiencies. All heterogeneous catalyst surfaces that are active for the reduction of di-nitrogen to ammonia in the presence of water are also highly active for the reduction of water molecules to hydrogen gas. Both reactions occur within a similar potential range, and thus electrochemical systems will inherently battle against this reaction selectivity issue. Today, all reported heterogeneous catalysts remain limited to low efficiencies of less than 1% for ammonia production at low temperature because the majority of the applied electrical potential goes towards water splitting and the evolution of hydrogen.

In our research, we aim to develop nanoparticulate catalysts to address this selectivity issue for electrochemical nitrogen reduction. We synthesize non-precious metal-based catalysts comprised of iron and nickel, which, as a bimetallic material, are theoretically-predicted to potentially result in optimal surfaces for nitrogen reduction. However, even if an optimal surface is achieved via bimetallic combinations, all surfaces are still predicted to preferentially adsorb and evolve hydrogen over the adsorption of nitrogen and production of ammonia. Thus, to further address reaction selectivity and create a catalyst surface that is more selective for ammonia synthesis, we also design our nanocatalysts such that the local surface environment of the catalyst is controlled. To control the local surface environment, we use specifically- structured short-chain peptide sequences inspired from the structure of the enzyme nitrogenase, which is a bacterial enzyme that naturally reduces nitrogen to ammonia. In particular, we study how peptide sequence affects water and nitrogen transport to the catalyst surface. In this talk, our ongoing work to design, synthesize and characterize iron-nickel bimetallic nanoparticle catalysts for efficient electrochemical ammonia synthesis will be discussed. Nanoparticle synthesis will be described, and ammonia production results as a function of bimetallic composition and peptide chemistry will be presented. Both electrochemical data and material characterization results will be discussed.