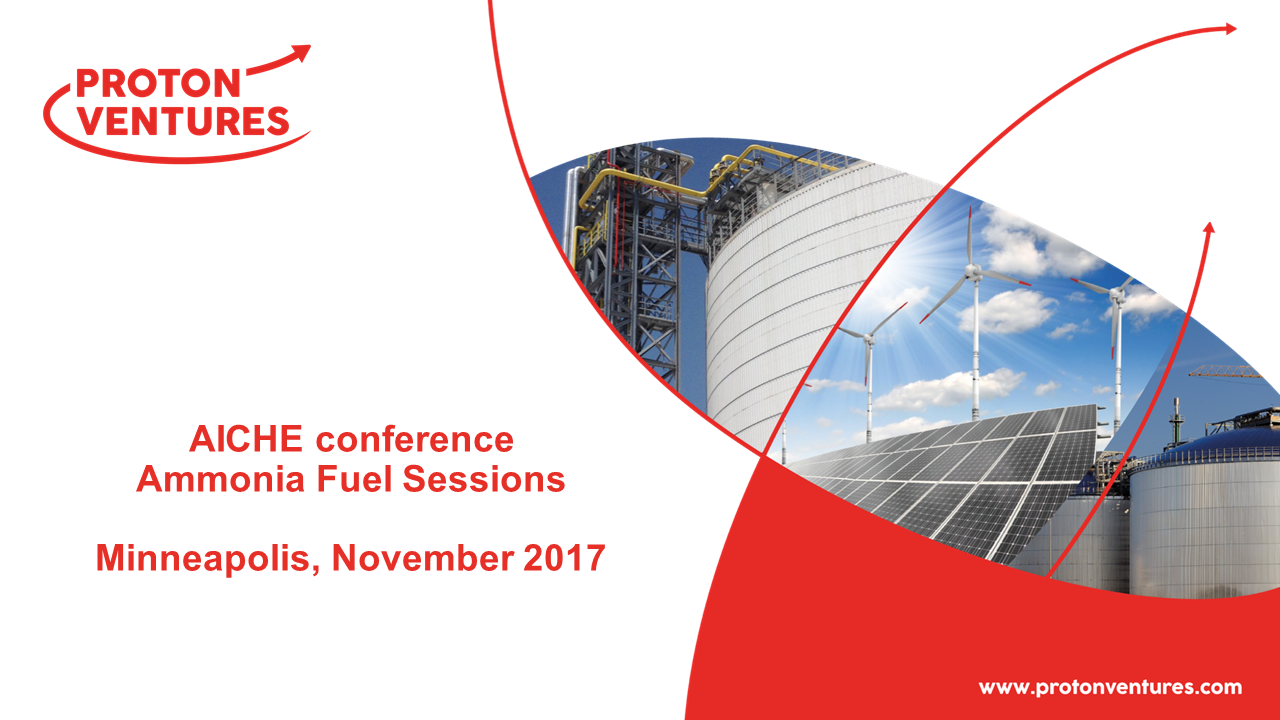 Proton Ventures BV is a company dedicated to supply mini ammonia units for storing decentralised produced (sustainable) energy. Proton has developed a commercial unit for the production of small amounts of ammonia, which can store up to 25 MW of power or equivalent (bio-) gas energy.

Hans Vrijenhoef, as the director of the company, will give an overview of existing plans in The Netherlands to store this decentralised energy and to make use of this in an economic way. The N-Fuel units will be skid-mounted, safe in operation, and almost fully automated in order to keep CAPEX and OPEX costs lowest and show that ammonia units can be effective in saving costs versus other means of storage, like batteries.