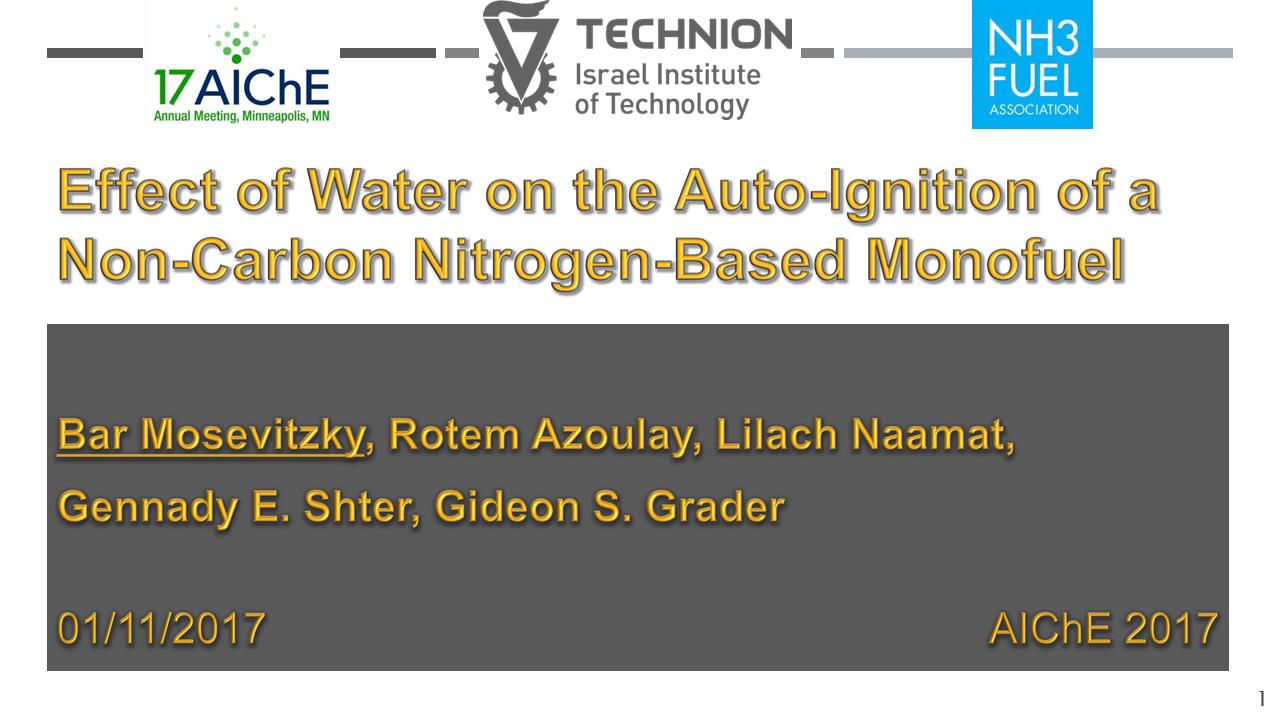 The fluctuating nature of renewable energy sources is becoming a limiting factor in their widespread utilization. Energy storage solutions must be developed to overcome this issue. Chemical fuels are considered to be a promising solution to this problem. We are studying the implementation of nitrogen-based fuels for this purpose. An aqueous solution of ammonium nitrate and ammonium hydroxide (AAN) is suggested as a carbon-free nitrogen-based synthetic monofuel. This solution may serve as a renewable nitrogen-based synthetic hydrogen carrier since it is safe to store, transport and utilize. Since ammonium hydroxide (AH) and ammonium nitrate (AN) act as reducer and net oxidizer, they can combust without the need for an external oxidizer (i.e. O2/Air). The amount of water in this solution greatly affects the saturation point and hence the sensitivity to re-crystallization at low temperatures which in turn affects the storage conditions. Thus, the effect of AAN’s water content on its thermal autoignition must be investigated.

Testing of AAN solutions was performed under a nitrogen atmosphere in a thermal autoignition system designed per the ASTM G72 standard. Previous tests have indicated that the addition of diluents such as nitrogen inhibits the thermal autoignition temperature (AIT). As shown, the AIT rises from ~ 570ºC to 590ºC as the initial nitrogen pressure increases from 0.5 MPa to 4.5 MPa.

The effect of AAN’s water content on its ignition was explored at a heating rate of 5 K min-1. The autoignition onset pressures and temperatures were compared at water weight fractions of 25% – 45%. As the water content in the fuel increased, the onset pressures and temperatures of the ignition rose as well due to the heat sink effect of the inert water. To explore the effect of the water on the gas-phase kinetics leading to the thermal autoignition, kinetic simulations were performed and validated relative to the experimental data. Sensitivity analysis of the simulation results identified amidogen generation from ammonia to be the rate-limiting step in AAN’s thermal autoignition at a water content of 28%wt.

The effect of AAN’s water content on its autoignition temperature, and the results of the rate-of-production and sensitivity analyses will be presented and discussed.