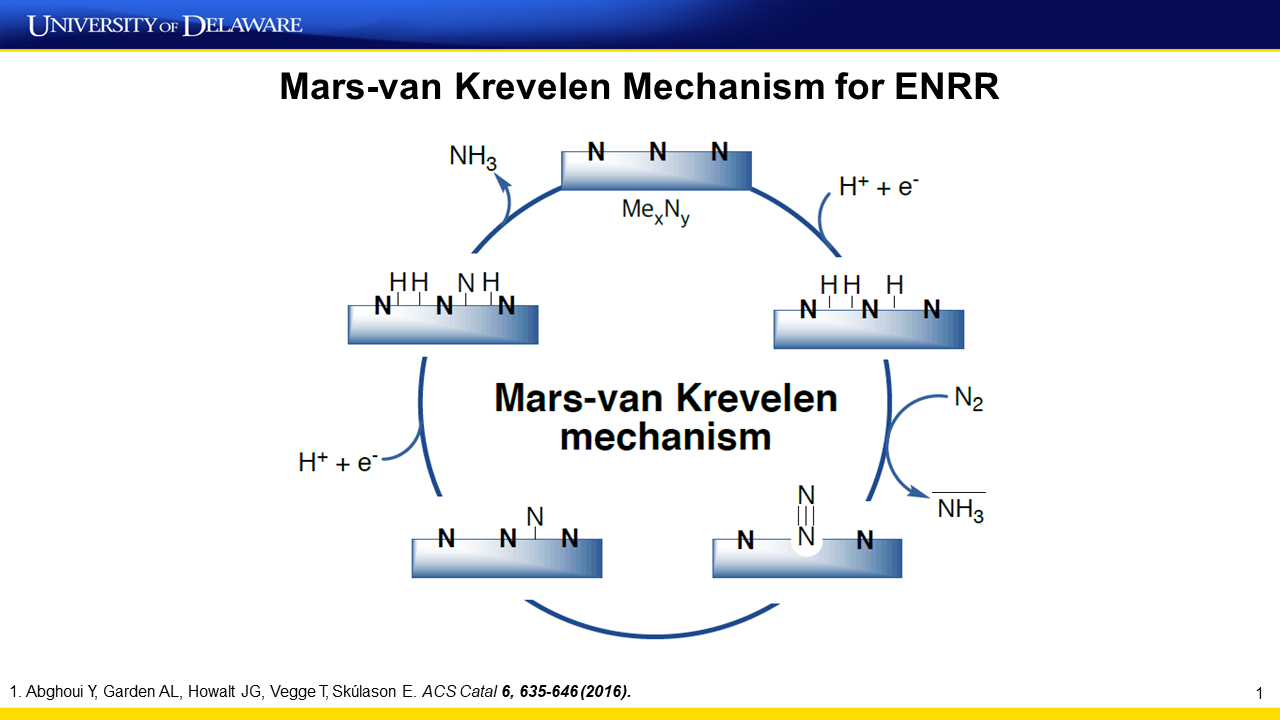 With the development of the Haber process and the subsequent work done by Bosch, ammonia production become an industrially and economically viable way to fix nitrogen. This helped increase the global population and estimates put it at about 40% of the global population’s food comes from ammonia made by the Haber-Bosch process[1]. However, the Haber-Bosch process is an energy intensive process requiring high pressure (15-30 MPa) and relatively high temperature (430 °C – 480 °C) and is highly centralized with only about 13 companies and about 29 plants[2,3]. Renewable energy resources offer a possible alternative way to fix nitrogen at low temperature and low pressure to produce ammonia in a decentralized way. High temperature solid proton conductors have been used to produce ammonia selectively, but the high temperature can degrade the ammonia[5] and the required heating makes distributed production difficult. Low temperature polymer electrolyte membranes can be used which might reduce the overall energy input. The most prevalent polymer electrolyte is an acidic proton exchange membrane (PEM). Platinum group metals (PGMs) are the standard option for electrochemical testing, especially in PEM setups. However, they generally have low Faradaic efficiencies (FE) of less than 1% toward the electrochemical nitrogen reduction reaction (ENRR) with the rest going toward the hydrogen evolution reaction (HER). We examined other non-PGM catalysts for ammonia production, focusing on metal nitrides because metal nitrides have been predicted, computationally, to be more effective catalysts for ENRR, however, experimental verification has been lacking. We previously have shown that a transition metal nitride (Cr2N) is an active and stable ENRR catalyst in a PEM electrolyzers. In this work, we compare the activity of a variety of monometallic metal nitrides, and demonstrate how the composition of mixed metal nitrides, specifically chromium nitride and vanadium nitride, affects the overall ENRR stability and activity.