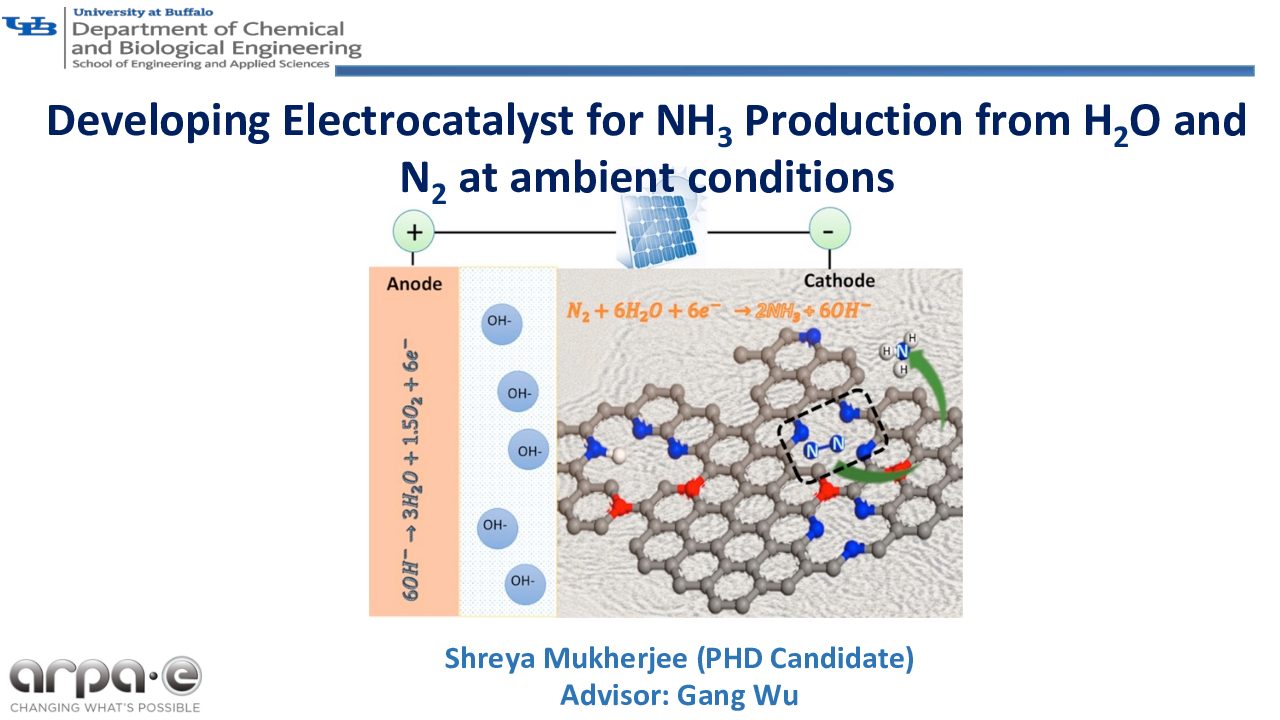 Sustainable synthesis of Ammonia (NH3) is gaining great attention not only for its use as an alternative renewable energy fuel but also to substitute production of distributed fertilizers through the conventional Haber Bosch process. The conventional Haber-Bosch process to produce NH3 uses fossil fuels in deriving hydrogen from steam reforming of natural gas, is energy intensive and also leads to significant CO2 emission. Alternatively, electrochemical synthesis of ammonia (ESA) through the nitrogen reduction reaction (NRR) in alkaline medium saves the use of hydrogen as a reactant as the aqueous electrolyte forms the source of proton. However, the standard reduction potential of nitrogen and hydrogen fall in the same domain. Thus, hydrogen evolution reaction is so dominant at the applied potential that selectivity of nitrogen reduction is a major challenge in the budding field. The rate-determining step of the NRR is predicted to be the adsorption and bond activation of the N2 molecule.

Herein, we report a comparative study of nitrogen adsorption on basic sites of different metal-organic framework. For certain MOFs, the central metal can be a basic site and for some others, the interplay between the organic ligand and the metal center can create basic sites. Despite the basic sites, it might not be easy to selectively reduce nitrogen in presence of protons in the electrolyte at the metal centers. We observed that MOF derived nitrogen-doped metal free nanoporous carbon electrocatalyst has a Faradaic efficiency (FE) greater than 10 % at -0.3 V vs RHE under ambient conditions for the NRR. ZIF8 derived nanoporous carbon exhibits a remarkable production rate of NH3 up to 3.4×10-6 mol cm-2 h-1 using aqueous 0.1 M KOH electrolyte.

The performance has been compared with other N doped carbon derived from commercial polyaniline, nitrogen free KJ black and N doped CNT. The stability of the nitrogen-doped electrocatalyst was demonstrated during an 18-hour continuous test with constant production rates. In Ar a similar test was done to confirm that the ammonia is not derived from the catalytic decomposition. First principles calculations were used to elucidate the possible active sites, suggesting that the moiety consisting of three pyridinic N atoms adjacent with a nitrogen vacancy embedded in a carbon layer is able to strongly adsorb N2 and further realize NºN bond dissociation for the subsequent protonation process. We have further introduced precious metals like Au, Ru and Pt into different MOFs and investigated their activity compare to precious metal metal free MOF. Au is found to be much more active compared to other precious metals. This work provides a new insight into the rational design and synthesis of nitrogen-doped and defect-rich carbon NRR catalysts for NH3 synthesis at ambient conditions.