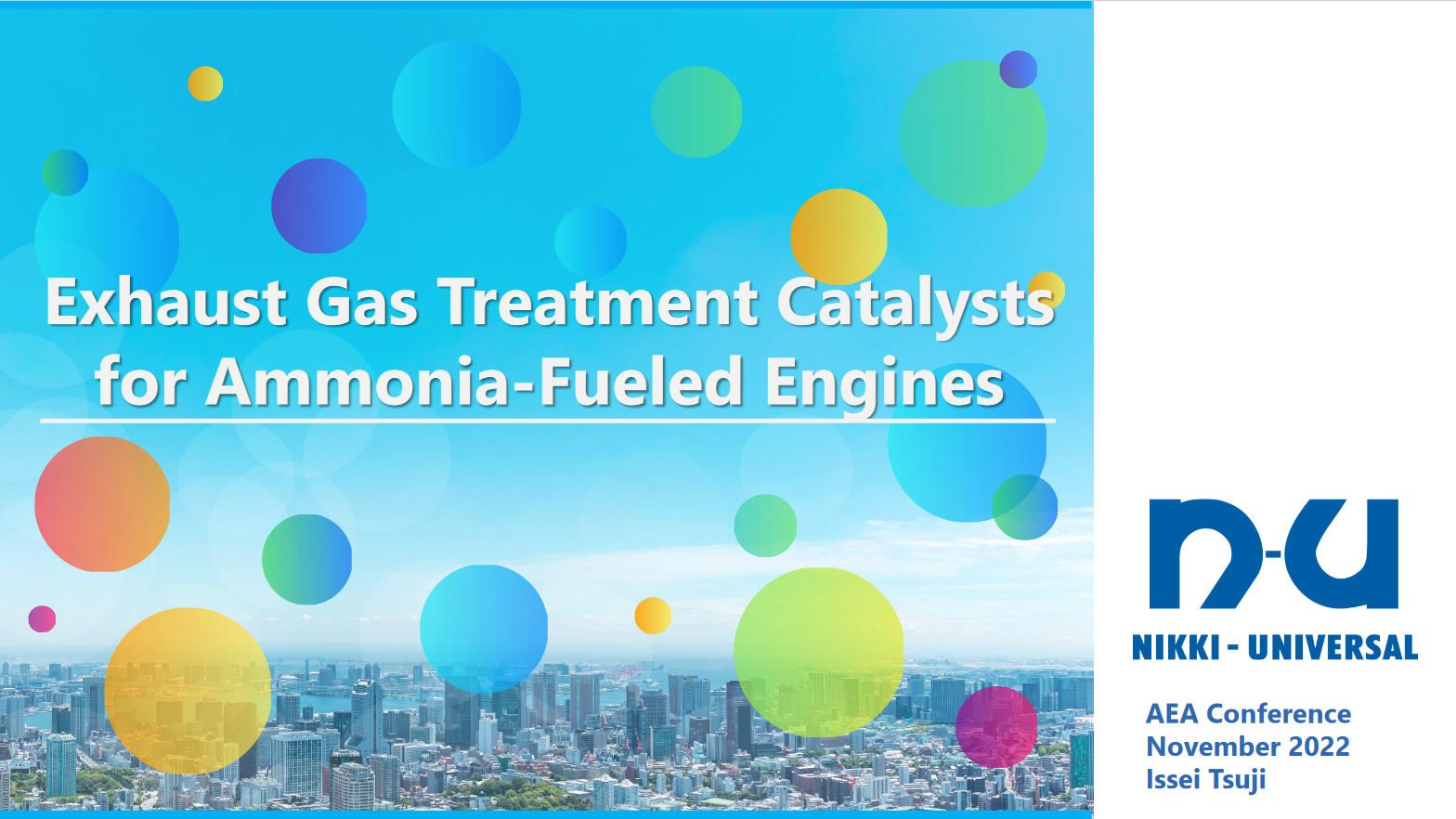 Ammonia is expected to be a promising zero-emission fuel because it does not emit CO2 during combustion. However, the exhaust gas from the actual ammonia-fueled engines contains unburned ammonia, nitrogen oxides (NOx), and nitrous oxide (N2O), and there is a need to develop technologies to remove these harmful substances. Unburned ammonia can be removed by a catalytic combustion method using a conventional oxidation catalyst, but NOx and N2O are simultaneously generated as byproducts. Therefore, Nikki-Universal has developed a new catalyst that can remove ammonia at high efficiency while reducing the generation of NOx and N2O. We have also developed a SCR-DeNOx catalyst, which can effectively remove both N2O and NOx. The drawback of the SCR catalyst is that it requires the injection of ammonia as a reducing agent. We are also developing a direct N2O destruction catalyst that can directly decompose N2O into N2 and O2 without ammonia injection.