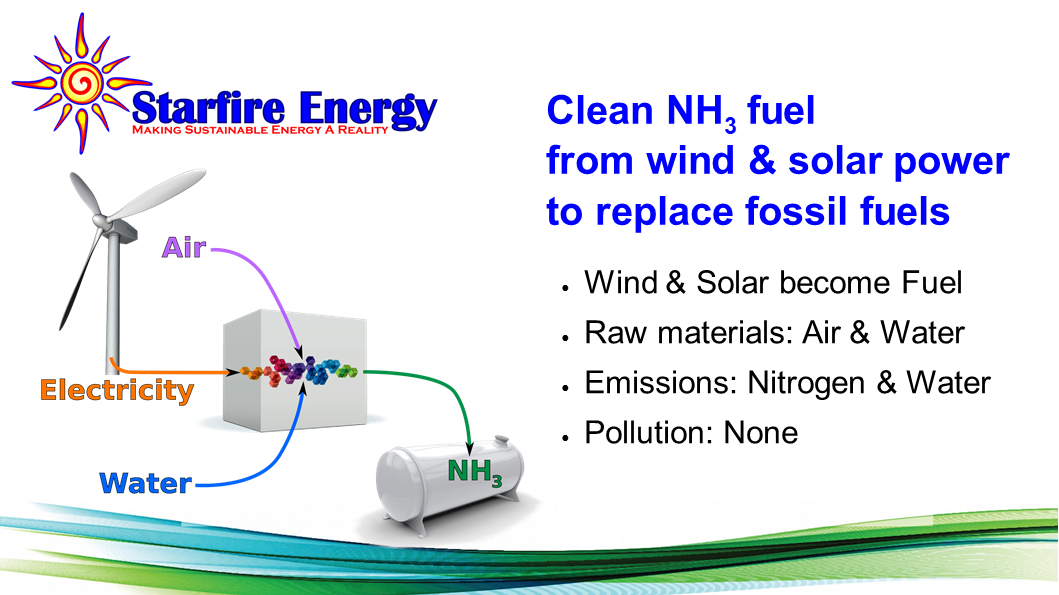 Starfire Energy is developing a fast-ramping reactor for making CO2-free NH3 for fuel, energy storage, and agricultural applications. A fast-ramping reactor is desired to follow (a) variable electricity generation from CO2-free sources such wind and solar power plants or (b) variable availability from CO2-free baseload electricity generation such as nuclear or hydroelectric power plants. The reactor builds upon the Haber-Bosch process by (a) introducing a higher activity supported Ru catalyst (over 4.5 mmol g-1 h-1 at 1 atm and over 45 mmol g-1 h-1 at 10 atm) and (b) further enhancing the catalysis by applying an electric potential or electric field to the catalyst. The catalysts and processes are the subjects of PCT patent application PCT/US17/20201. The catalysts and processes have been characterized in a differential reactor and are being incorporated into a prototype reactor designed to produce 3 kg NH3 per day. The presentation will feature data from the differential reactor and prototype reactor testing and modeled cost of CO2-free NH3 at larger production scales.