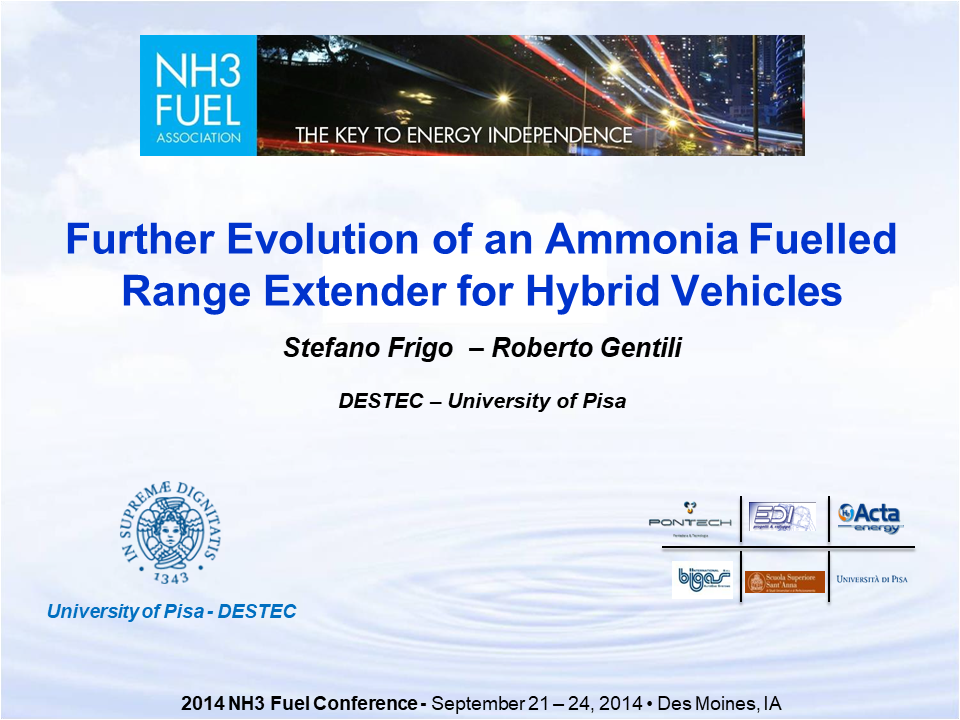 In a previous research the possibility to run a small 4-stroke twin-cylinder SI engine of 505 cm3 with ammonia plus hydrogen was demonstrated. Ammonia and hydrogen tanks were utilized to feed the engine while, apart, the suitability of a custom-designed catalytic reactor to produce hydrogen from ammonia with the required flow rate was verified as well. The experimental activity confirmed the need to increase combustion velocity by adding hydrogen to air-ammonia mixture, with energy ratios that mainly depend on load and less on engine speed. The minimum hydrogen to ammonia energy ratio was found below 6% at full load and below 10% at half load. Brake power was less than with gasoline, due to mixture poor volumetric heating value and to ammonia low flame speed that penalizes engine efficiency.

The present presentation represents the second step of the research program, showing experimental results obtained coupling the catalytic reactor with the engine and using the heat of the exhaust gas as energy source to keep the reactor at its working temperature. The control logic of the ammonia reactor is described as well.