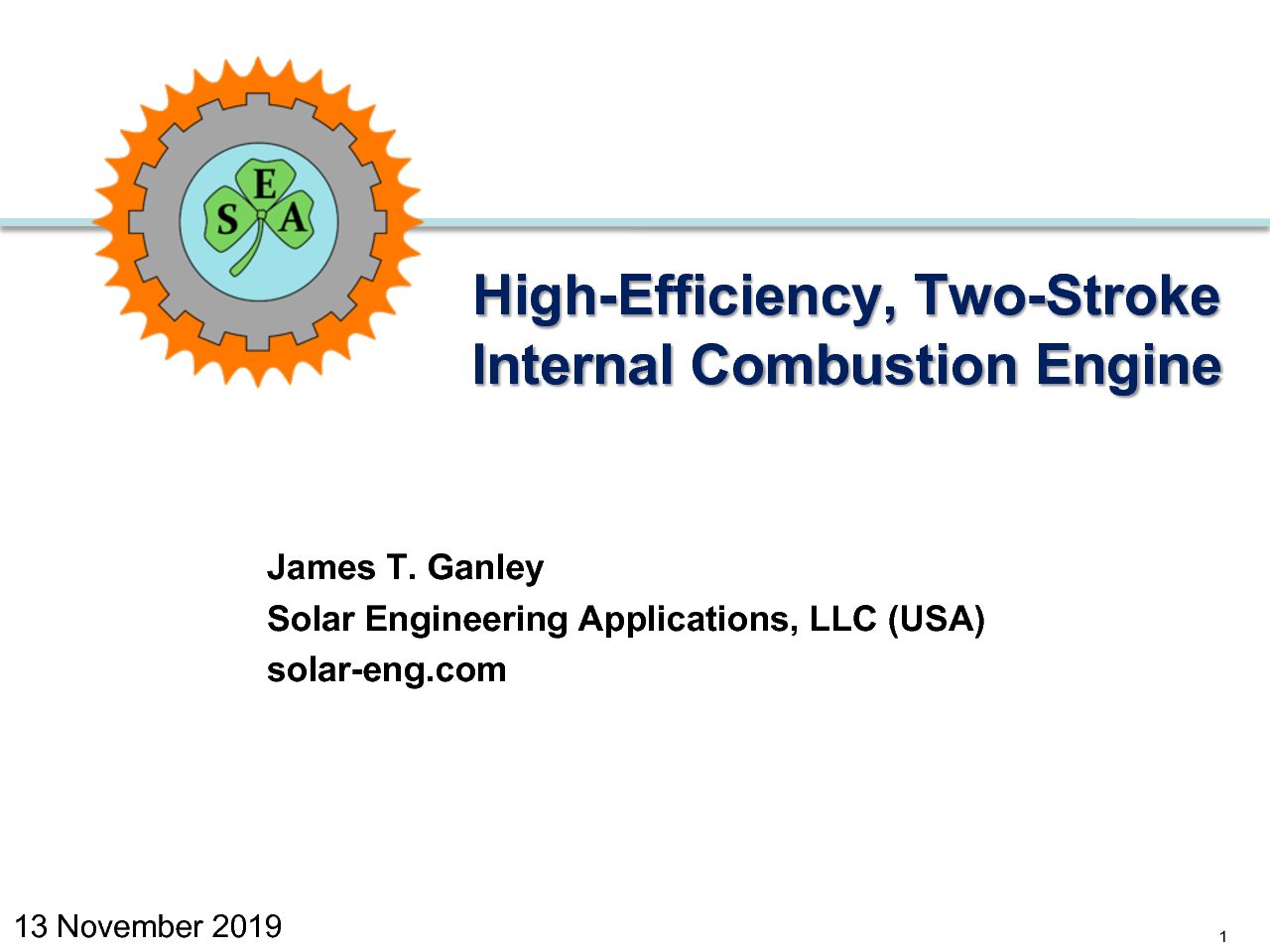 Long-term storage of electricity generated from variable renewable energy resources sources can be achieved by converting the electricity into the chemical energy of a combustible fuel. The conversion process usually involves electrolysis of water to produce hydrogen, which may either be stored directly as a high pressure gas or converted to a more energy-dense fuel such as ammonia. In either case, the fuel can be stored for days, weeks, or even months and then, when its energy is needed, it can be burned in a heat engine. The heat engine can be used to drive an electrical generator, thereby reclaiming a portion of the electrical energy originally consumed in the electrolysis process.

This paper discusses the design of a high-efficiency two-stroke internal combustion engine which could significantly increase the end-to-end efficiency of ESR cycles, thereby greatly expanding the range and diversity of energy markets which could be served by variable energy resources. The engine achieves high performance levels by using an innovatively timed sequence of injecting and igniting fuel and oxidant. The operating cycle of the engine does not have a compression process. This permits the injection of fuel and oxidant to be coordinated with the initiation of the combustion process in such a way that the engine achieves high efficiency and provides high torque, while at the same time producing low thermal loading of engine components and low levels of engine noise and vibration.