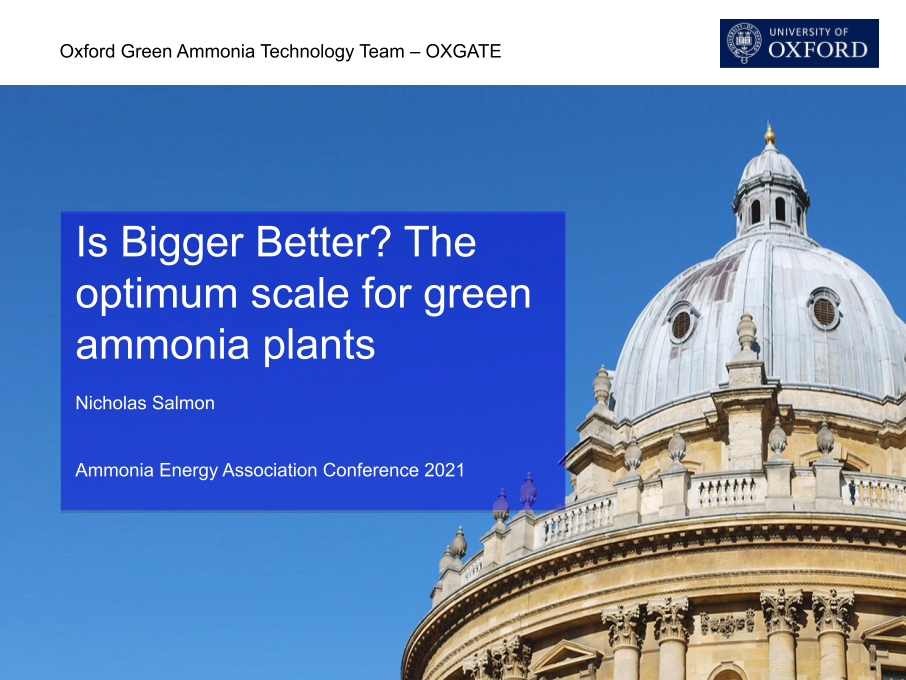 An oft-touted benefit of green hydrogen and ammonia is the modularity of production technologies, which may enable the use of micro-plants for distributed green fuel production without losing the benefits normally associated with economies of scale. To that end, a number of very small ammonia projects are being considered in Australia with electrolyser installations ~30 MW (e.g. QNP). At the opposite end of the spectrum, however, the Asian Renewable Energy hub has announced intentions to install 15 GW of electrolysis capacity. We explore the components of the full value chain of ammonia, from electricity generation to green ammonia delivery, and estimate the impact of project scale on the delivered levelized cost of ammonia. The impacts of domestic transport, international export, semi-islanded operation using grid electricity, and project finance are also discussed. We predict that some components of the green ammonia value chain will continue to see meaningful price reductions with scale until a production of ~1 million tonnes per annum (requiring between 1.5 and 3 GW of installed electrolyser capacity, depending on the load factor). Some benefits may continue to accrue above this scale, although with increasing project risk.