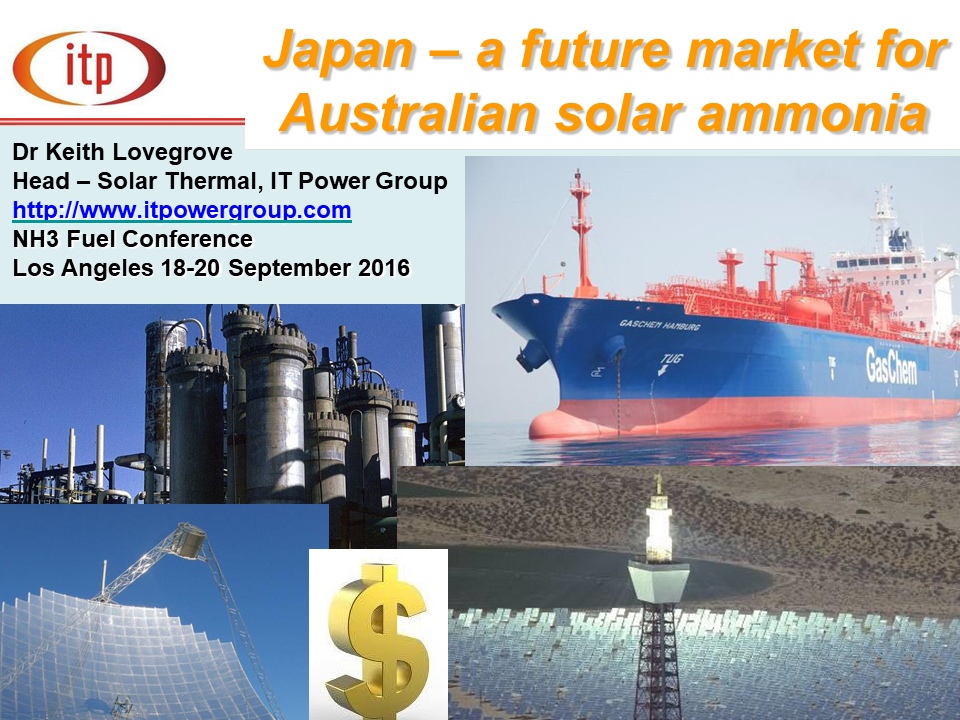 Japan and Australia are intimately linked in energy trade. Australia counts energy exports as a major source of foreign exchange income and Japan, which uses nearly 4 times the primary energy as Australia, imports nearly all of it. Approximately 40% of Australia’s coal exports are bought by Japan and were worth $AUD15.4 billion in 2012-13. Over 70% of Australia’s LNG exports went to Japan in the same period and earned over $AUD12billion. Future energy supply is high on the agenda for Japan. Currently 43% of its primary energy is in the form of imported oil mostly from the Middle East. The cost of this together with energy security concerns is a major driver for change. Post the Fukushima Nuclear disaster, the previous 8% contribution from Nuclear dropped to zero and there is much opposition to reinstating it. Japan still has a strong policy agenda to reduce Greenhouse Gas Emissions.

One of the identified routes to a cleaner energy future is the wider use of hydrogen as a fuel in both the transport and power generation sectors. There are a range of technology approaches that allow solar technologies to produce transportable alternative fuels that could form the basis for a future clean energy trade with Japan. If energy is transported as an energy dense liquid in conventional tanker ships, then the effective efficiency of transport over distances of 6000km (Australia to Japan) is greater than 98%. Three options for importing hydrogen fuel into Japan are under serious consideration; cryogenic liquid hydrogen, reversible hydrogenation of toluene, and conversion of hydrogen to ammonia. Ammonia is increasingly considered as the favourable path. It offers higher energy density, leverages an existing global industry and has the potential for direct combustion in combined cycle power plants and heavy transport. Considering Australia’s vast untapped solar resource together with the existing energy trade history plus a history of upstream investments by Japanese companies in Australian Energy developments, suggests the two countries are ideal partners in a future solar fuels trade.