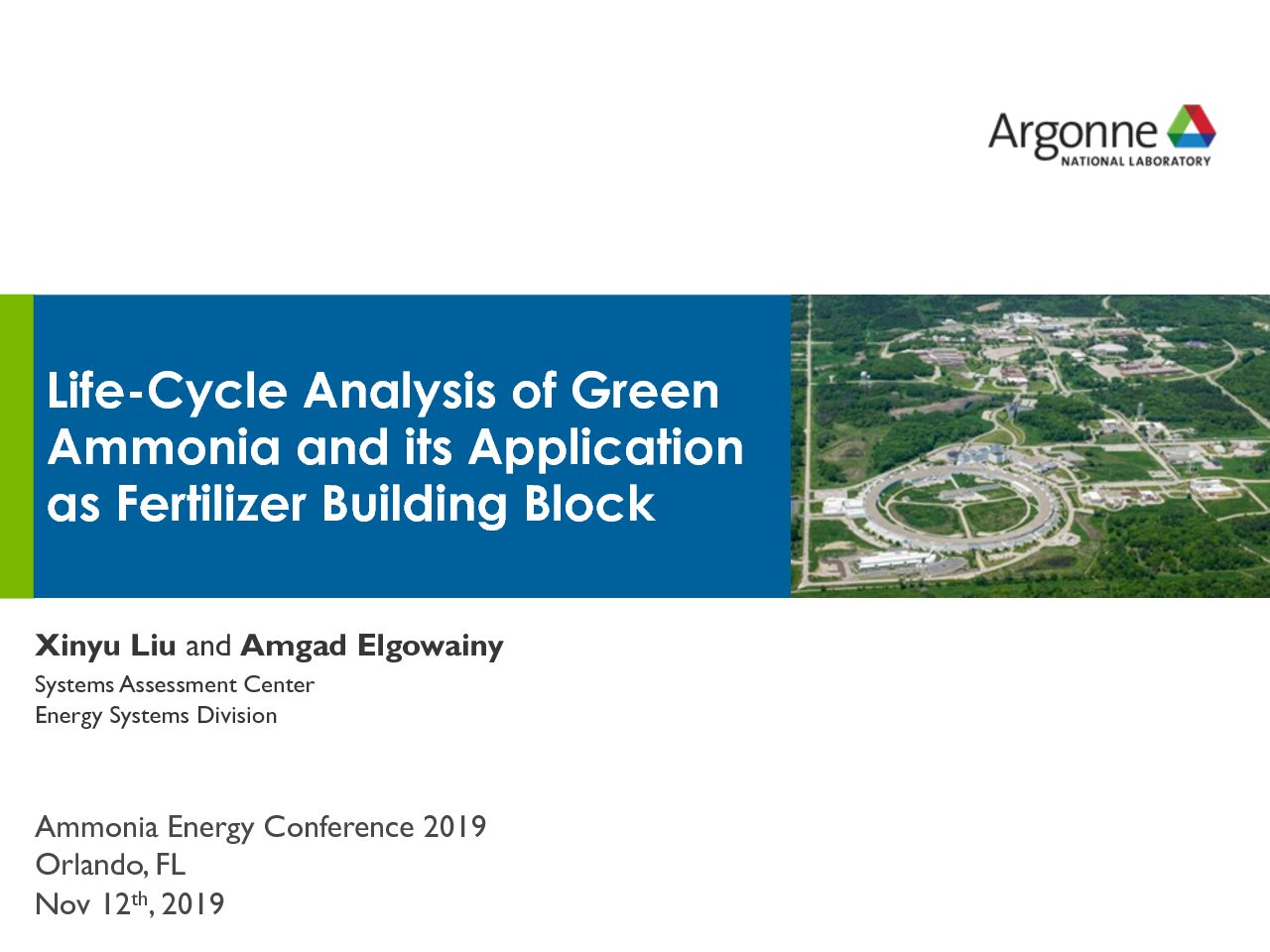 Conventionally, ammonia is produced from natural gas via steam methane reforming, water-gas shift reaction, and Haber-Bosch process. The process uses fossil fuels extensively and leads to 2.7 ton of CO2 emission per ton ammonia produced. With ammonia being the second largest chemical produced in the world, its production accounts for approximately 2% of worldwide fossil fuel use and generates over 420 million tons of CO2 annually. To decarbonize the ammonia sector, green ammonia synthesis pathways are of increasing interest. Green ammonia originates from air, water, and renewable electricity, and thus could be produced with low or zero carbon emissions. Since approximately 80% of ammonia is utilized for fertilizer production, this analysis evaluates life-cycle GHG emissions associated with green ammonia production, and its application as a fertilizer building block, as compared with its fossil counterparts, focusing on its impacts on corn ethanol carbon intensity. Our preliminary results indicate that using renewable and carbon-free resources for ammonia production, the carbon intensity of corn ethanol production can be reduced by approximately 6%.