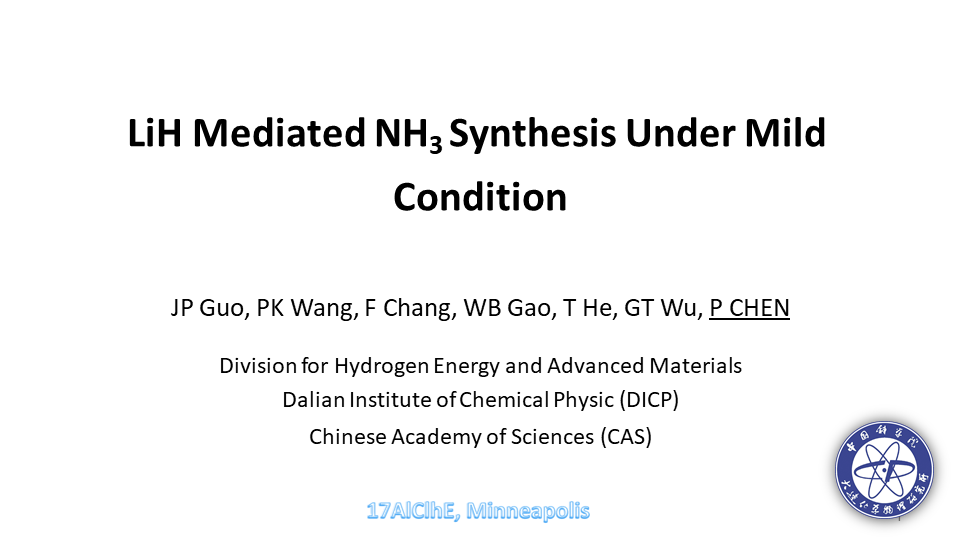 Having a hydrogen content of 17.6 wt% NH3 is an attractive hydrogen carrier. The key issue for NH3 synthesis and decomposition is the development of non-noble metal based, highly active and stable catalysts that can be operated under mild condition. With the understanding on the interaction of LiH and Li2NH with 3d metals or their nitrides, novel catalyst systems, i. e., LiH-3d transition metals for NH3 synthesis and Li2NH-3d transition metal for NH3 decomposition, that have activities surpassing the highly active Ru-based catalysts were developed. The unique chemistry among TM, Li, N and H creates a two-reactive center mediated pathway favouring NH3 synthesis / decomposition over both early and late 3d transition metals under mild condition, i.e., detectable NH3 formation rates can be obtained at 150 °C over the Mn-, Fe- and Co-LiH composite catalysts, respectively. The characterization of intermediate phases and surface clusters of the catalysts allow the elucidation of the step-wise reaction pathway and the interpretation of catalytic mechanism.