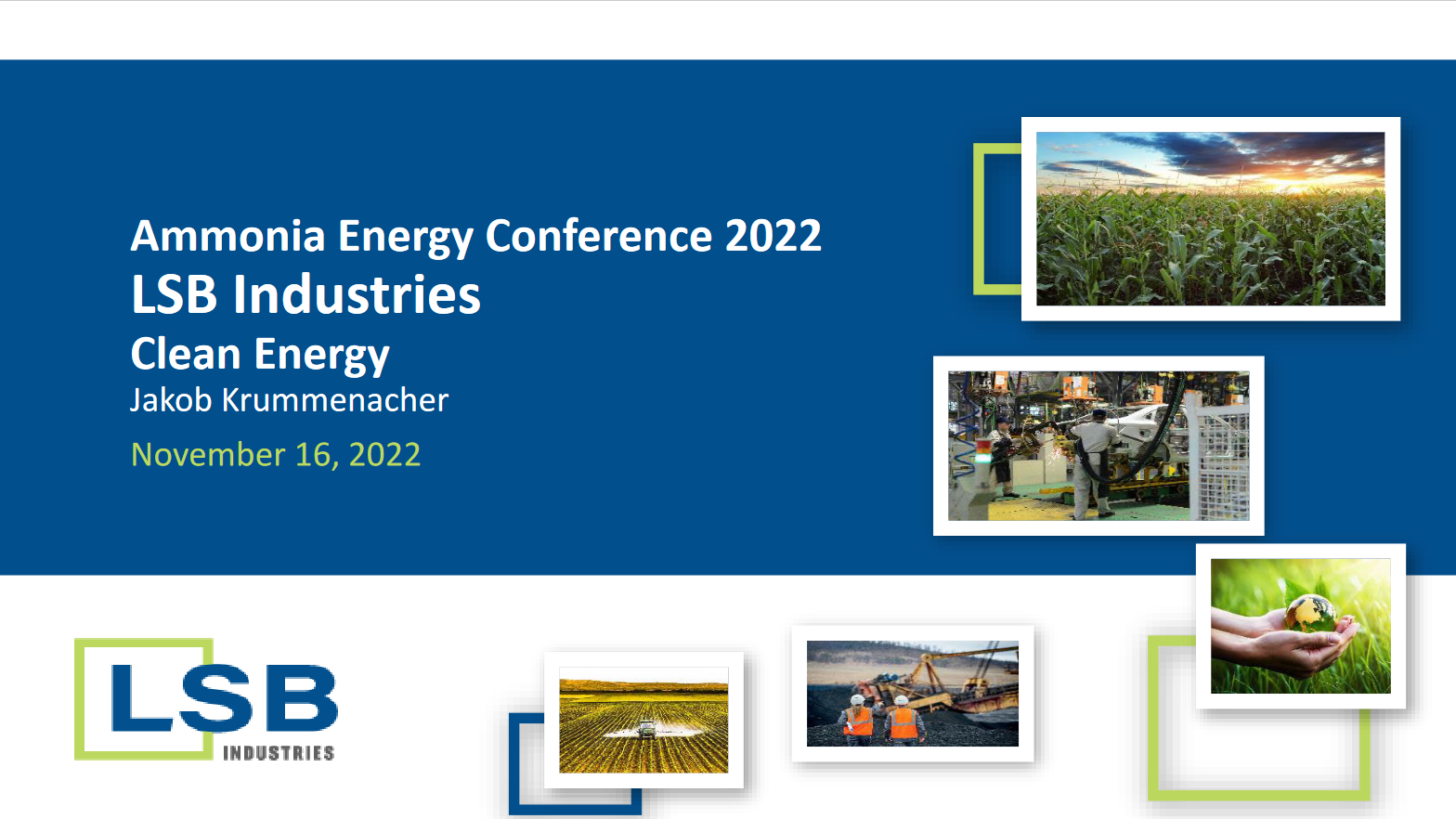 LSB Industries is the fifth largest ammonia producer in the US and operates three manufacturing facilities in Oklahoma, Arkansas, and Alabama. This year, the company announced its sustainability priorities and two major projects designed to reduce the carbon intensity of its ammonia production. The projects will reduce the companies carbon footprint by over 25% and consist of the construction of a carbon capture and sequestration facility to permanently sequester 450k metric tons of CO2 annually and the retrofitting of an ammonia plant to handle clean hydrogen from eletrolysis which will turn ~15% of the plant production into zero-carbon ammonia. Details and updates on both projects will be provided.