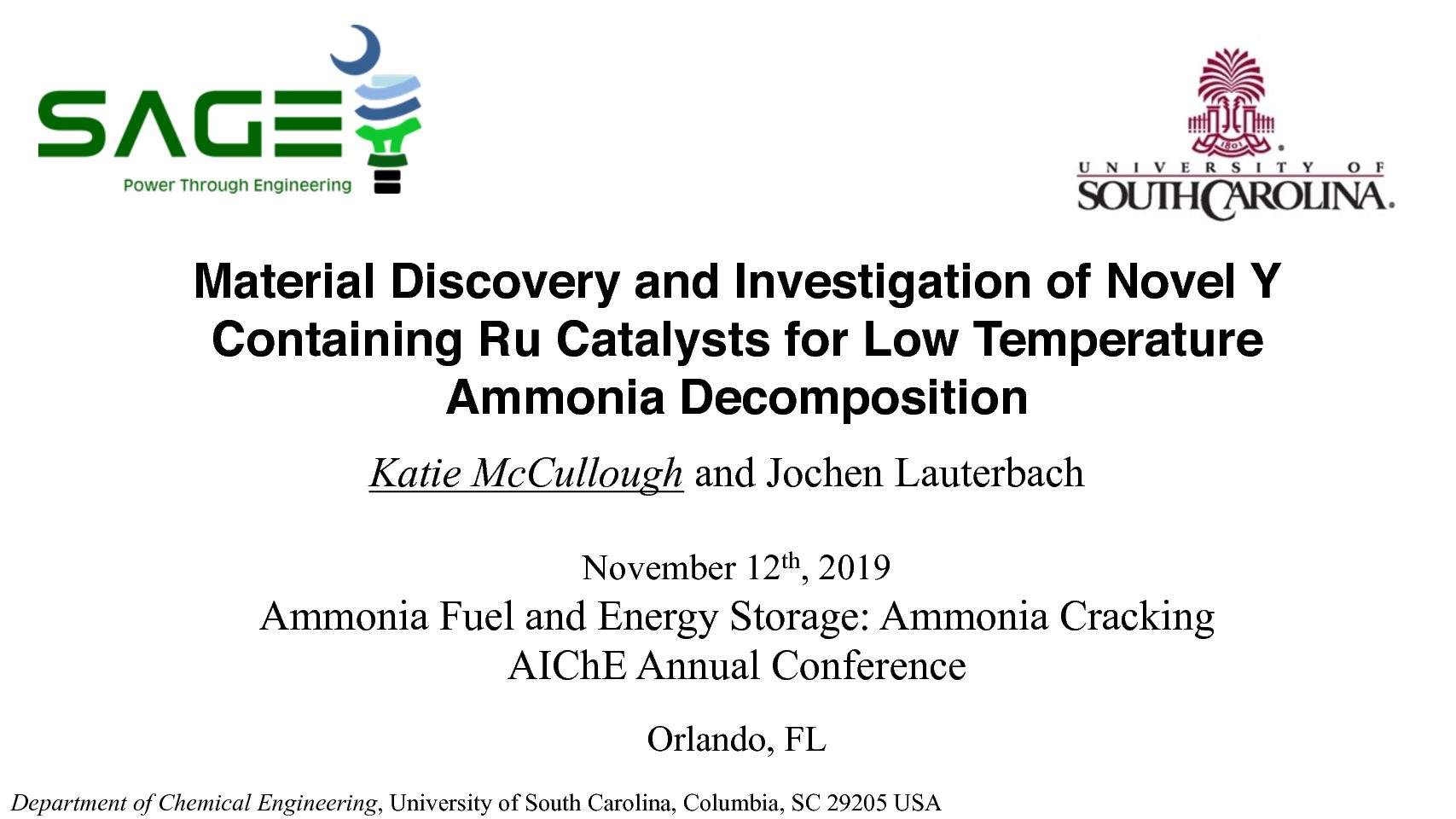 Liquid ammonia can be used as an alternative hydrogen carrier and can be decomposed over catalysts to create a high purity hydrogen stream for fuel cell applications. Ammonia decomposition is typically catalyzed using supported ruthenium catalysts. Current ruthenium catalysts are expensive and often require reaction temperatures of 650 °C to attain complete conversion [1]. For the hydrogen produced from ammonia decomposition to be efficiently used in proton exchange membrane fuel cells, operating temperatures need to be considerably lowered and effluent concentrations of ammonia need to be minimized to avoid poisoning of the membrane [2]. Therefore, it is of interest to develop a low-cost catalyst that exhibits high activity at temperatures at or below 450 °C.

High throughput experimentation gives us the unique ability to generate massive, multidimensional datasets that are not typical for heterogeneous catalysis studies. Here, we show the synthesis and catalytic screening of over 100 different Ru based bimetallic catalyst combinations using 33 different metals that were synthesized via incipient wetness impregnation. Catalysts were screened for ammonia decomposition activity using a 16-channel parallel plug flow reactor. Fourier transform infrared (FT-IR) imaging was used to analyze all 16 effluent streams in parallel in under one minute.

Catalysts containing Sc, Sr, Ca, Mg, Hf, Os and Y were found to have excellent ammonia decomposition activity compared to the other elements studied. The majority of these catalyst combinations and elements have not been reported for ammonia decomposition before. A catalyst containing only 1 wt% Ru in conjunction with Y was found to have excellent stability and superior low temperature ammonia decomposition activity at 400 °C in pure ammonia, compared to previously reported catalysts in the literature. Here, we propose that the hydrogen storage and sorption properties of Y are responsible for the increased activity at low temperatures. This will be investigated and compared to other catalysts without Y by using hydrogen co-feeding reactor studies and high-resolution transmission electron microscopy. Further investigation of the active Y phase present during ammonia exposure will be elucidated using in-situ Raman spectroscopy, x-ray photoelectron spectroscopy and infrared studies.