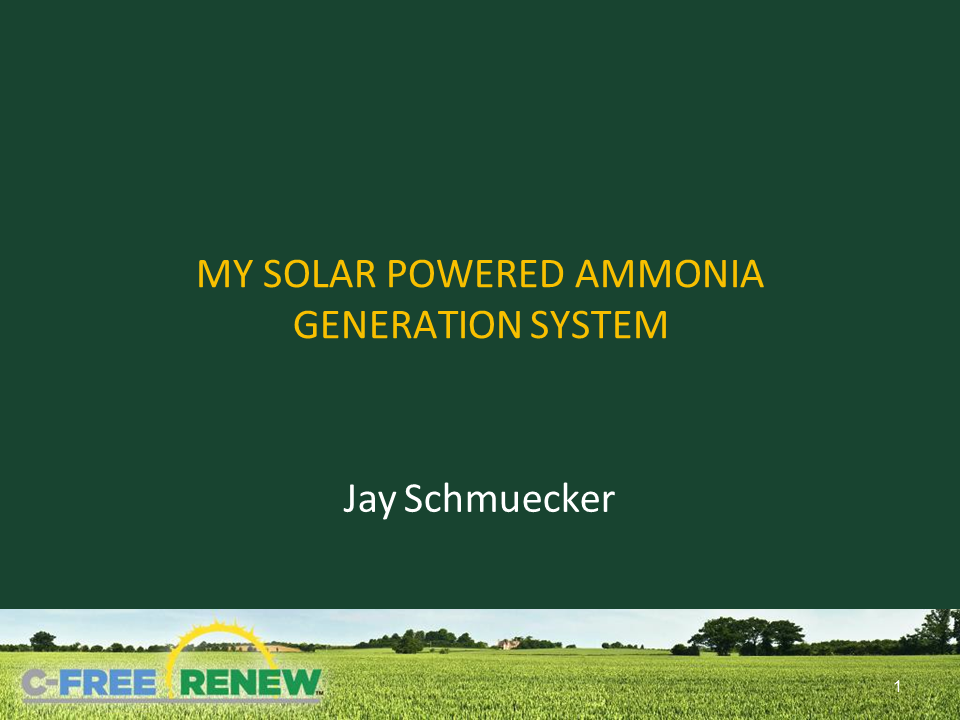 As a memorial to my father I have installed on the farm where he was raised, a demonstration Solar-Hydrogen system that has been producing and compressing hydrogen from solar power for several years. The hydrogen will be used to fuel a tractor which can also be fueled by ammonia. The ammonia was to be purchased until after last year’s conference when I was put in contact with Doug Carpenter, who has a low energy input catalytic method of making ammonia from hydrogen and nitrogen.

I will describe the demonstration system that is being installed. It consists of a nitrogen generator that takes compressed air and outputs 99.5% pure nitrogen that is compressed and stored in a 1000 gallon tank. Nitrogen, hydrogen and residual gases are compressed to 3500 psi in 6 T cylinders and then routed through an ammonia reactor that requires 300 watts of power for a short period to initiate the reaction. The fluids flow into 4T cylinders where the NH3 condenses as the fluid cools. The liquid flows into a collection tank and then into a 120 gallon storage tank, where it can either be pumped into the tractor ammonia fuel tank or applied to corn acreage. The residual gases are pumped back into the 6 inlet cylinders and recycled.

The only power required, once the hydrogen has been generated and compressed, is for the short term electrical heater, for the instrumentation and controls, and for the air compressors that compress the N2 and NH3 generation fluids.