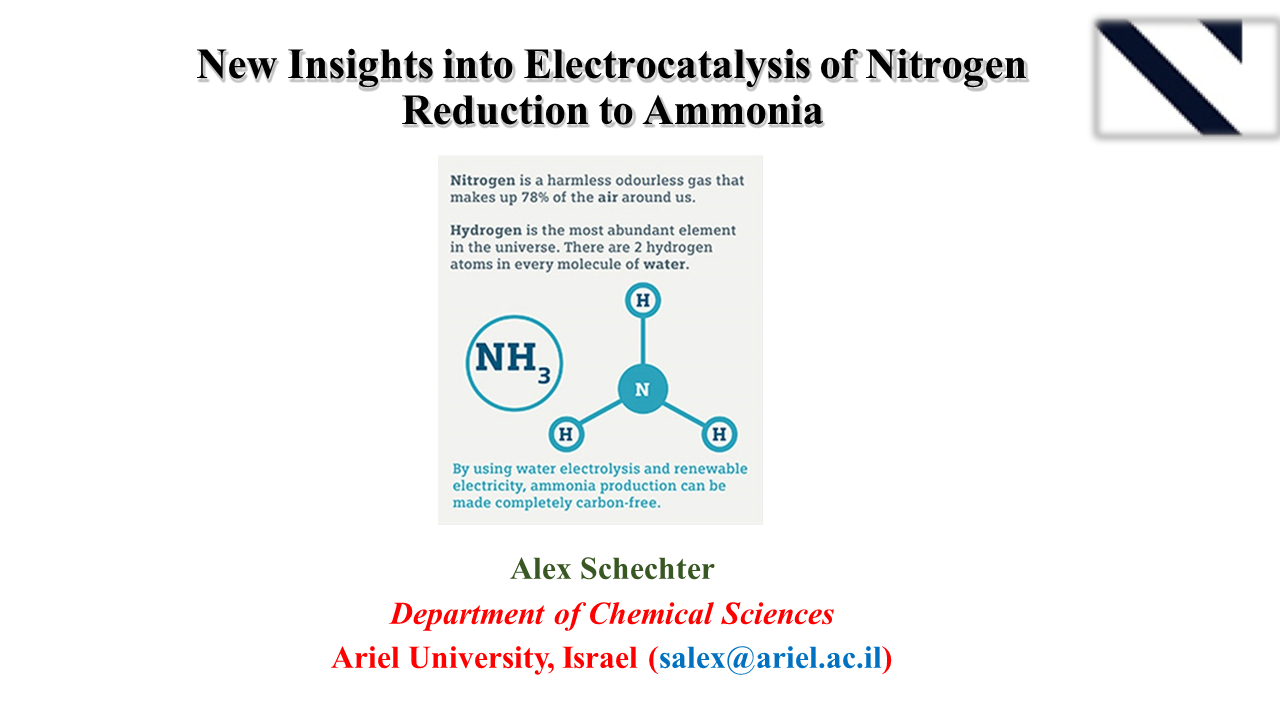 Ammonia was electrochemically produced from nitrogen and water using a ruthenium–platinum (RuPt) alloy catalyst cathode and a nickel anode at ambient pressure and room temperature. The rate of ammonia formation was 5.1 × 10−9 gNH3 s−1 cm−2 with a 13.2% faradaic efficiency at an applied potential of 0.123 V vs. RHE; it reached 1.08 × 10−8 gNH3 s−1 cm−2 at 0.023 V. Ammonia production was investigated under selected potentials and temperatures. Real-time direct electrochemical mass spectrometric (DEMS) analysis of the evolved gases was performed at various applied potentials. In general, the mass-to-charge ratio signals of hydrogen and ammonia were detected, and their intensities increased with increasing potentials; however, there was no trace of a hydrazine signal. Compared to metallic ruthenium and platinum catalysts, RuPt showed a synergistic effect toward electrochemical formation of ammonia due to co-catalysis.