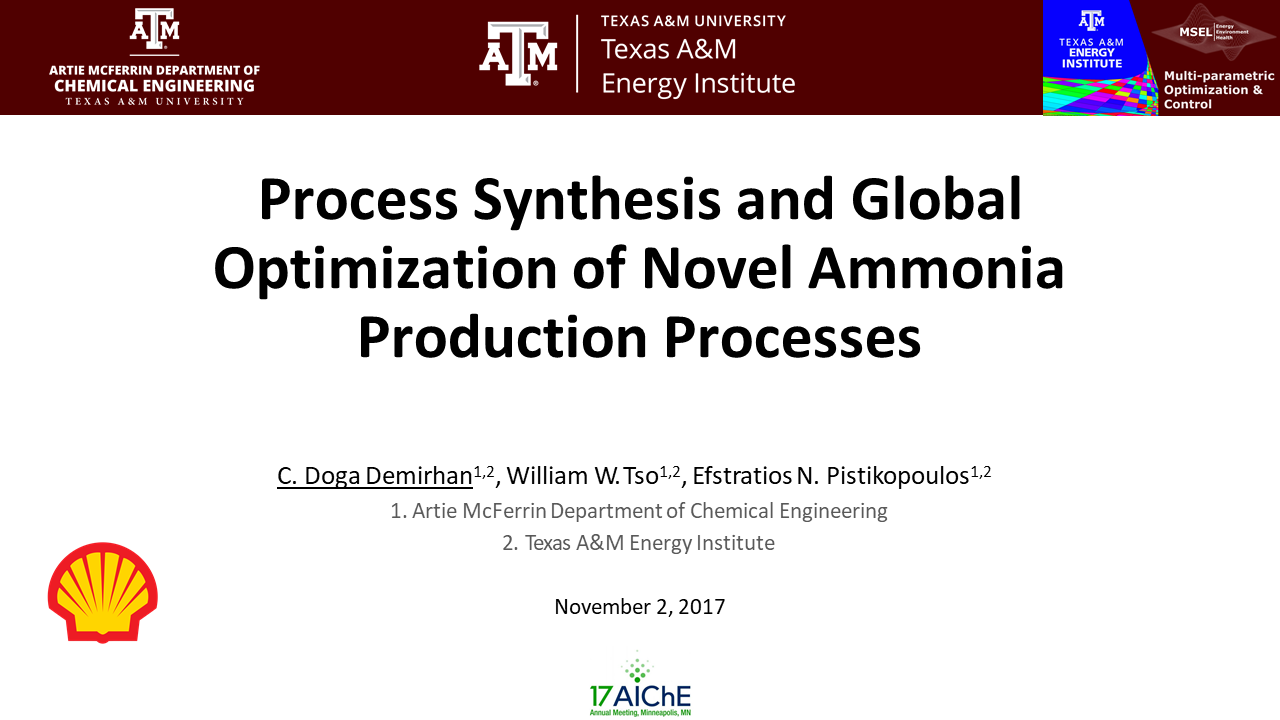 Synthetic ammonia production has played a huge role in sustaining population growth by providing the nitrogen in fertilizers that are widely used in modern agriculture. Even long after it was first commercially developed by Fritz Haber and Carl Bosch in the 1930s, the Haber-Bosch process remains the basis for industrial ammonia production today. Through reducing energy requirements by half in the last 50 years, centralized industrial plants have kept their technical and economic advantage over other modes of operation. However, the centralized production also comes with high transportation costs, since plant capacities usually exceed local ammonia consumption [1]. This and the fact that conventional ammonia production is a major contributor of world greenhouse gas emissions (due to natural gas being one of its feedstocks) are motivating factors for researchers to consider alternative methods for smaller-scale and more environmentally-friendly ammonia production [2].

In addition, with the increased availability of renewable energies and their declining costs [3], a paradigm shift to more decentralized local ammonia production may be realized. Integrating renewables into chemicals production requires a thorough analysis of advantages and trade-offs of alternative technologies, and in that respect, process synthesis and optimization techniques are useful tools in decision making [4, 5]. Toward this aim, we propose the development of an ammonia process superstructure that not only captures the traditional Haber-Bosch process, but also incorporates renewable energy sources and alternative ammonia production routes.

Through this optimization-based process synthesis, we can extract the optimal ammonia plant topology under different production scenarios. All process alternatives will be rigorously modeled and incorporated into the superstructure. Feedstock options will include renewables (e.g. biomass, municipal solid waste, etc.) and fossil fuels (e.g. natural gas, coal). Wind and solar energy will also be considered to supply the energy requirements for the process. The overall problem is a large-scale nonconvex mixed-integer nonlinear optimization (MINLP) model, which is solved to global optimality using a deterministic branch-and-bound algorithm.

Ammonia production processes with several different scales will be examined to investigate the effects of feedstock availability, energy source availability, and production scale on topological decisions. Also, economic and environmental trade-offs of using different technologies will be analyzed.