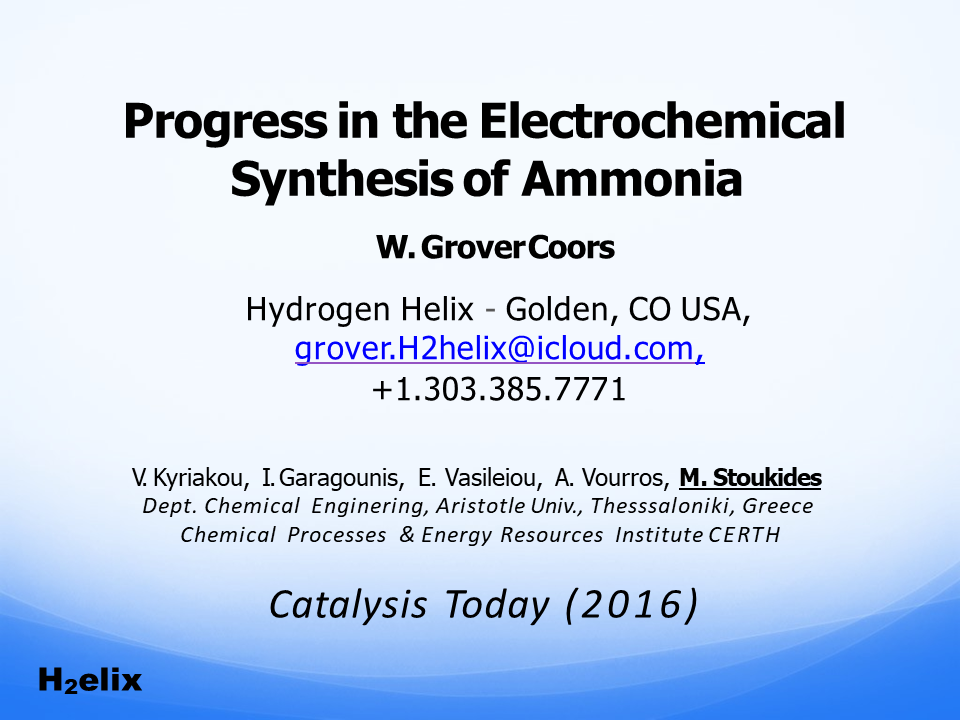 Ammonia is one of the most important and widely produced chemicals worldwide with a key role in the growth of human population. Nowadays, the main route for ammonia synthesis is the Haber-Bosch process, developed one century ago. In this process, Fe-based catalysts are usually employed at temperatures between 400 and 500°C and pressures between 130 and 170 bar.

As opposed to the industrial process, in nature, plants and bacteria have been producing ammonia for millions of years at mild conditions. Atmospheric nitrogen is reduced by solvated protons on the FeMo cofactor of the metalloenzyme nitrogenase. The natural method of nitrogen fixation has motivated several research groups to explore the electrochemical synthesis of ammonia at ambient pressure.

Since it was first demonstrated in 1998, the electrochemical synthesis has been studied in a variety of experimental configurations over a wide temperature range (25-800°C). In the present review, the progress of this method in both solid and liquid electrolyte cells is reported. The experimental studies are divided into high (T > 500°C), intermediate (500°C > T > 100°C) and low (T < 100°C) temperatures. The experimental observations are comparatively discussed with theoretical predictions based on DFT calculations. The techno-economic advantages and disadvantages of the electrochemical approach, as well as the requirements to be met in order to enable practical applications are also analyzed.