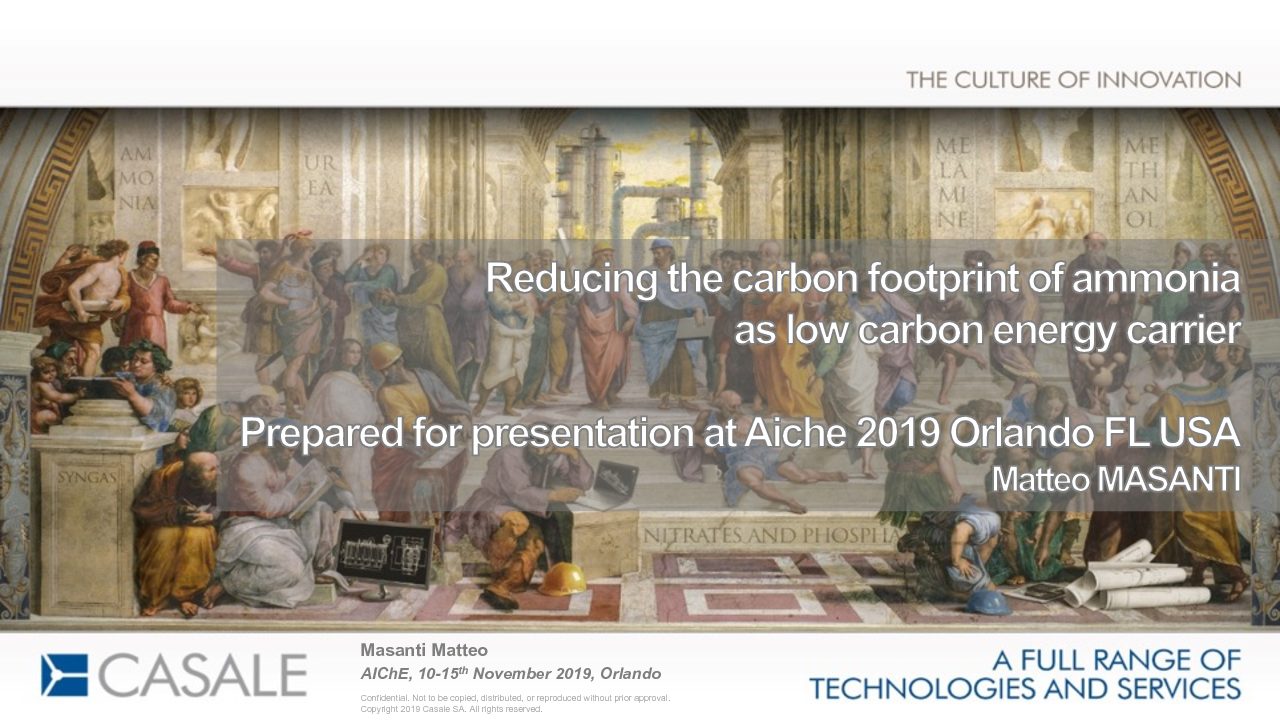 Within this framework, Casale developed a new patented process, A6000CC (WO2018/149641), to convert natural gas to ammonia with reduced CO2 emissions to atmosphere, as low as less than 0.2 MTCO2/MTNH3 to stack, which is about 80% lower with respect to Best Available Technologies (IFA, 2009). The new process has been optimized to reach high single train capacity, 7000MTPD NH3, along with low specific fuel consumptions.

This new process reaches a carbon capture even higher than 90%, considering both ammonia process and utilities, without the inclusion of a dedicated CDR unit for post-combustion carbon capture of flue gases. Decarbonization targets are reached basing on a pre-combustion strategy, where syngas is partially used as (syn)fuel.

High production capacity allows the use of low-carbon ammonia as multipurpose energy carrier produced at large scale in locations where high availability and low cost of natural gas occur, and where captured CO2 can be stored (CCS) or has a market value for utilization (e.g. EOR).