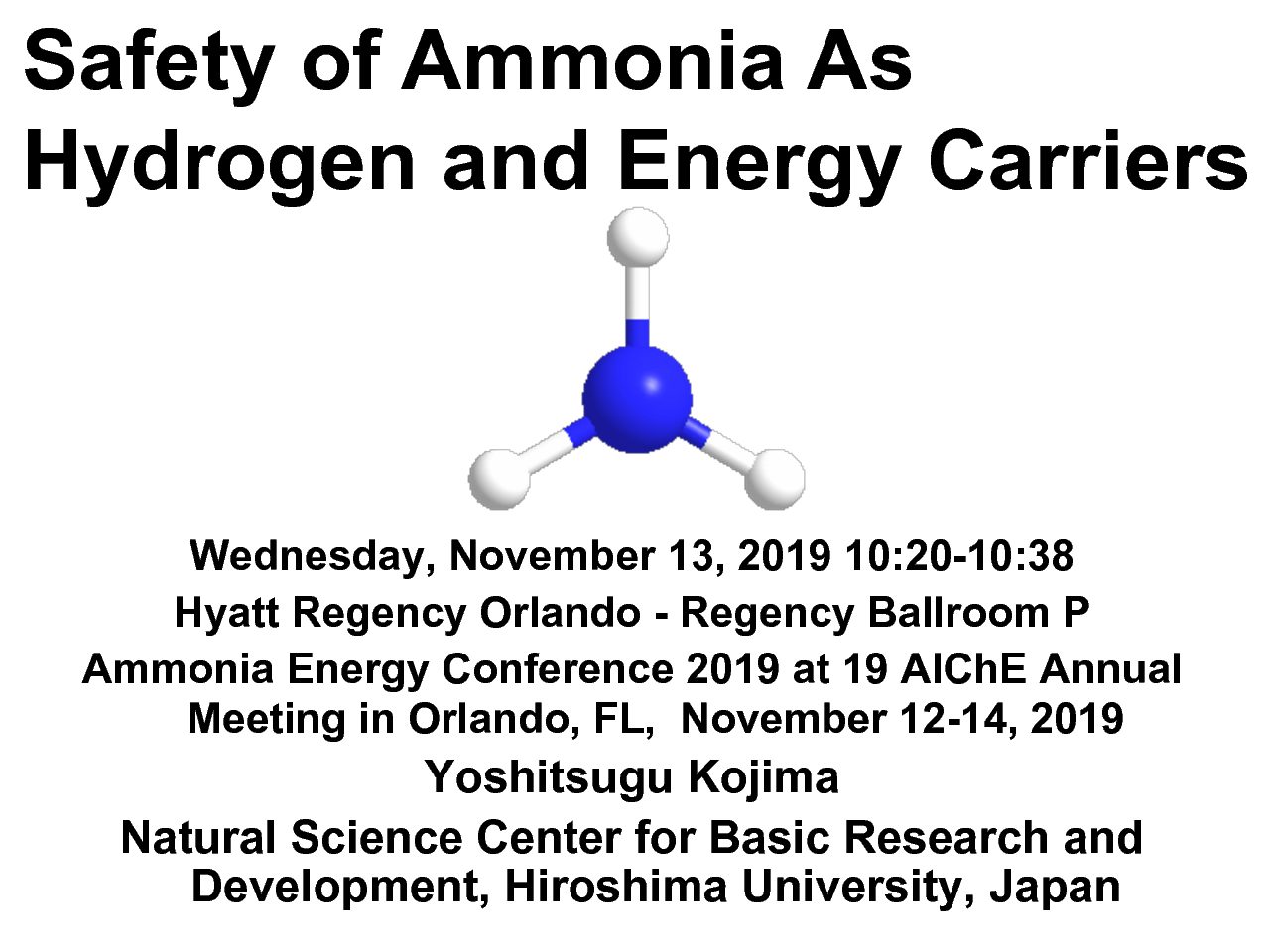 Ammonia (NH3) is liquefied at 1 MPa and 25 °C, and has a highest volumetric hydrogen density of 10.7 kg H2 /100L. It has a high gravimetric hydrogen density of 17.8 wt%. The heat of formation of NH3 is about 1/10 of combustion heat of hydrogen. NH3 has advantages as a hydrogen carrier for fuel cell vehicles and an energy carrier for power plants. In this research, the purpose is to figure out regulations for safety of NH3 in the world, and survey NH3 accident. We also characterize water as a NH3 absorbent.