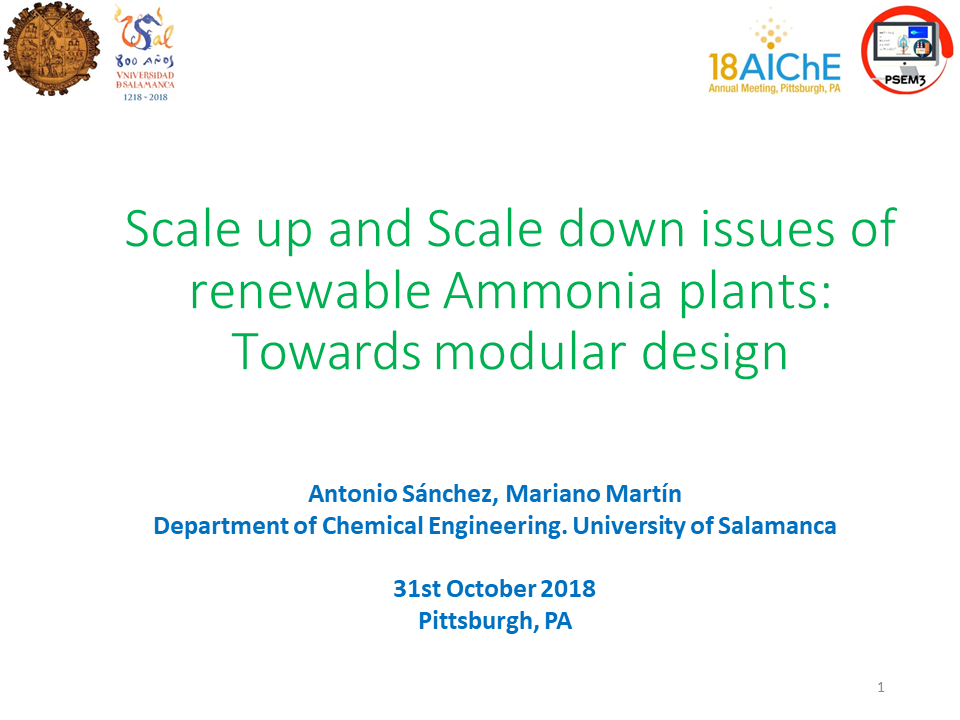 Renewable sources of energy such as biomass, solar, wind or geothermal just to mention some of the most widely extended are characterized by a highly distributed production across regions (EPA, 2017). Total renewable energy available is more than enough to provide for society needs, but the traditional production paradigm is changing. Economies of scale have featured current industry and its infrastructures based on large production complexes (i.e Dow, Exxonmobil or BASF hubs). The well-known six tenths rule has extensively been used in the chemical industry to scale up or down the cost of technologies. This rule is suitable for large chemical complexes, where economies of scale are a critical point. However, distributed production completely changes this paradigm. Distributed production corresponds to the production at small scales (Pepermans et al., 2005). This new production scheme results in the use of a number of individual units so that the cost is no longer a continuous function. The step forward is modularization of chemical plants. The plants will be built in the form of modulus that are easily assembled at any place to make the most of distributed resources (Baldea, 2017). The advantages of these plants are straightforward, easy and quick deployment and low investment risk to exploit resources even in remote places. However, the disadvantages must be also considered including the environmental impact of the transportation of the plants and of the products (EPA, 2017).

Large ammonia plants based on fossil resources dominate industry (Appl, 2011). It is a power demanding industry. However, nitrogen and hydrogen can be produced from renewable sources (Sánchez and Martín, 2018). In this work, a process level analysis for the optimal use of distributed sources of energy at various scales applied to the production of ammonia is performed. The scale up and down of facilities is evaluated selecting the proper technology for each of the three sections of the plant, evaluating the technologies and their economics. The facility consists of four stages, power collection, considering wind turbines or solar PV panels, air separation for which membranes, PSA or distillation technologies are evaluated, water electrolysis and ammonia synthesis evaluating two reactor designs. The process is optimized by solving a MINLP for several production capacities evaluating the operating and investment costs resulting from the need to use a number of parallel units membranes and PSA systems.

The production capacity defines the best technology depending on its characteristics. A number of trade-offs are seen in the results. While membranes are suitable for very small production capacities, PSA system for medium and distillation column for large, PSA systems are competitive across scales, but the large number of units required can be a drawback to pursue this technology that requires lower operating pressure than distillation columns. Modular designs are only efficient and competitive, in economic terms, when full capacity is used, however this design presents other benefits have been not evaluated, for example, are versatile in their operation. The large energy consumption has larger impact in the investment of large facilities, where energy collecting units represent 60% of the production costs. However, smaller capacities investment cost is governed by chemical units. Finally, the expected decrease in PV panels is far larger than that of wind turbines, representing 90% savings in PV panels and very promising production costs for ammonia below 1€/kg. These saving can reduce the investment cost by half in the near future.