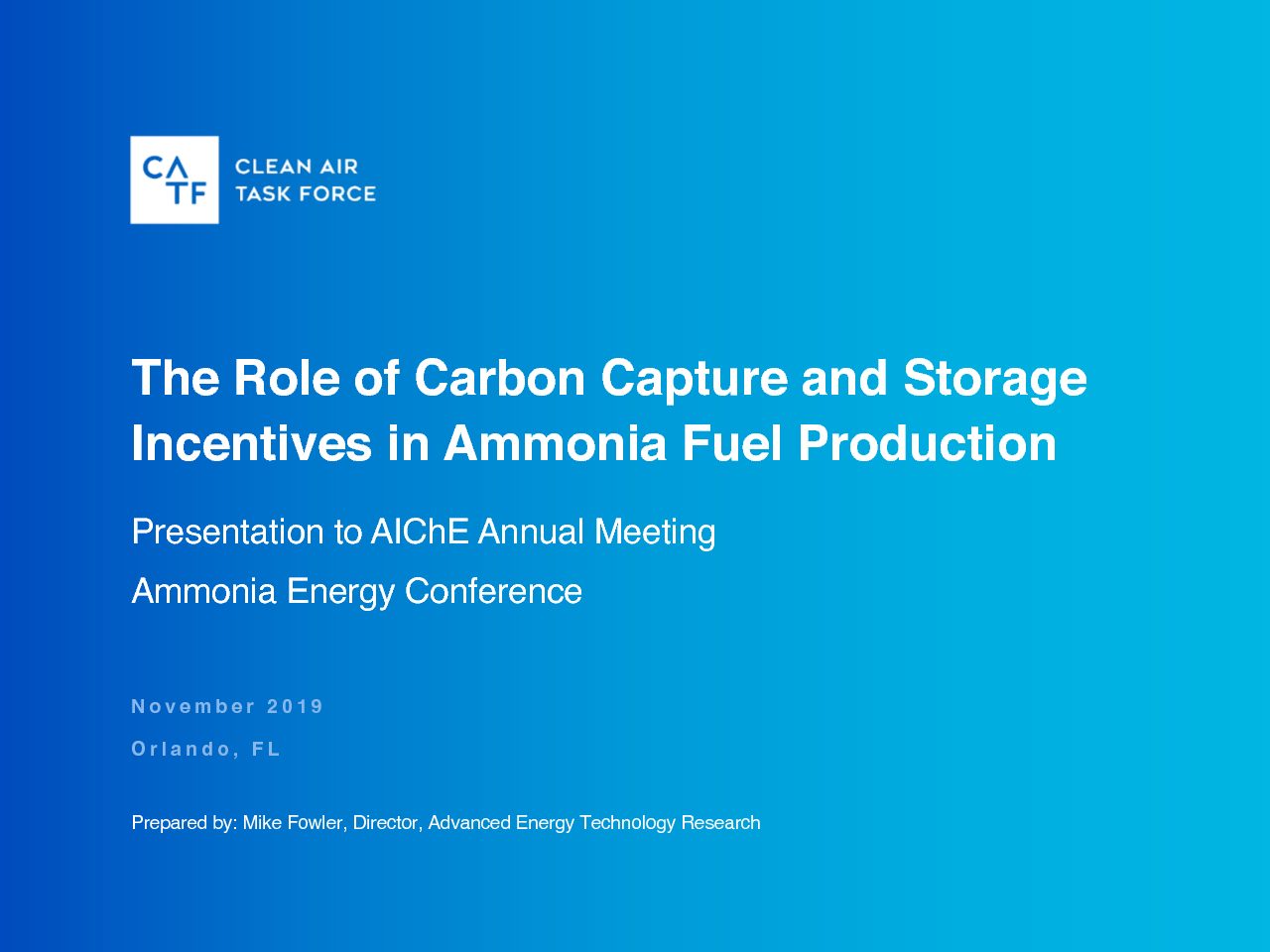 While the current cost of ammonia produced from hydrogen via steam methane reforming (SMR) of natural gas with carbon capture & storage (CCS) is challenging on an energy basis compared to the price of gasoline, the Clean Air Task Force projects that production of ammonia at optimized, world-scale SMR+CCS facilities could be price-competitive with gasoline in the near future, especially in the right policy environment. Two government programs in the United States—a federal tax incentive known as 45Q and California’s Low Carbon Fuel Standard (LCFS)—provide immediate and unprecedented opportunities to mitigate the cost premium associated with certain hydrogen production systems. Because hydrogen is used to make ammonia, policies that offset the costs of producing hydrogen can reduce the cost of producing ammonia.