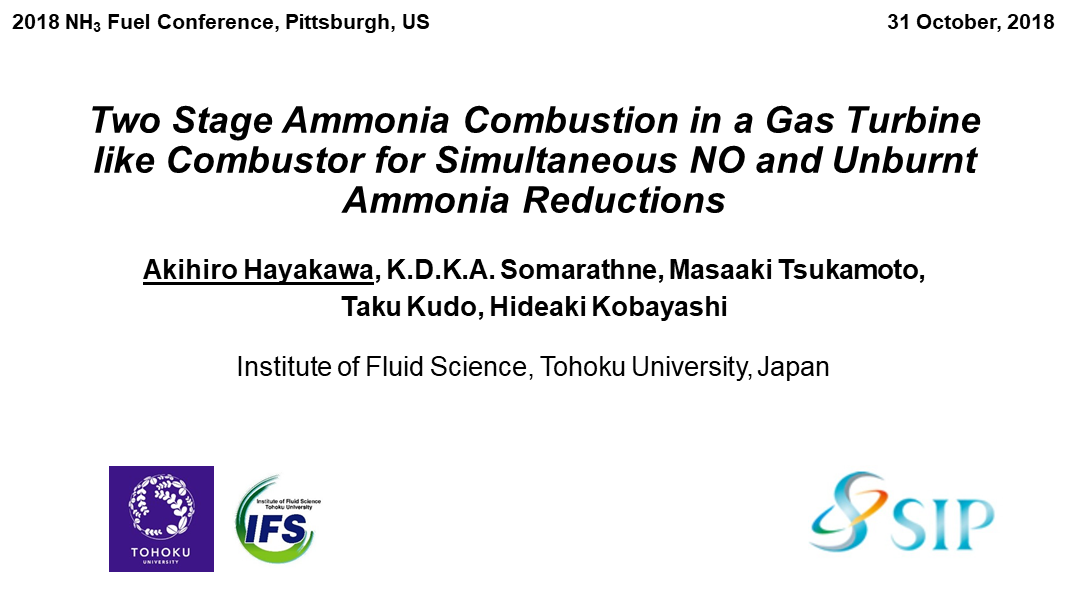 Ammonia is expected not only as a hydrogen energy carrier but also as a carbon free fuel. Recently, ammonia fueled gas turbine combustor was successfully demonstrated. However, large amount of NOx was produced when ammonia burns because ammonia includes nitrogen atom in the ammonia molecule. In addition, unburnt ammonia concentration in exhaust gas also needs to be reduced. In this study, we proposed a combustion concept in order to reduce NO and unburnt ammonia concentrations in the exhaust gas simultaneously in a gas turbine like model swirl combustor. In this concept, two stage (rich – lean) combustion was employed. Two stage (rich – lean) combustion has been already employed in hydrocarbon fueled gas turbine combustors in order to reduce thermal NOx. However, the two stage combustion for ammonia fuel is different from that of hydrocarbon because production path of NO is different each other, i.e., NOx is generated via fuel NOx path in the ammonia flame.