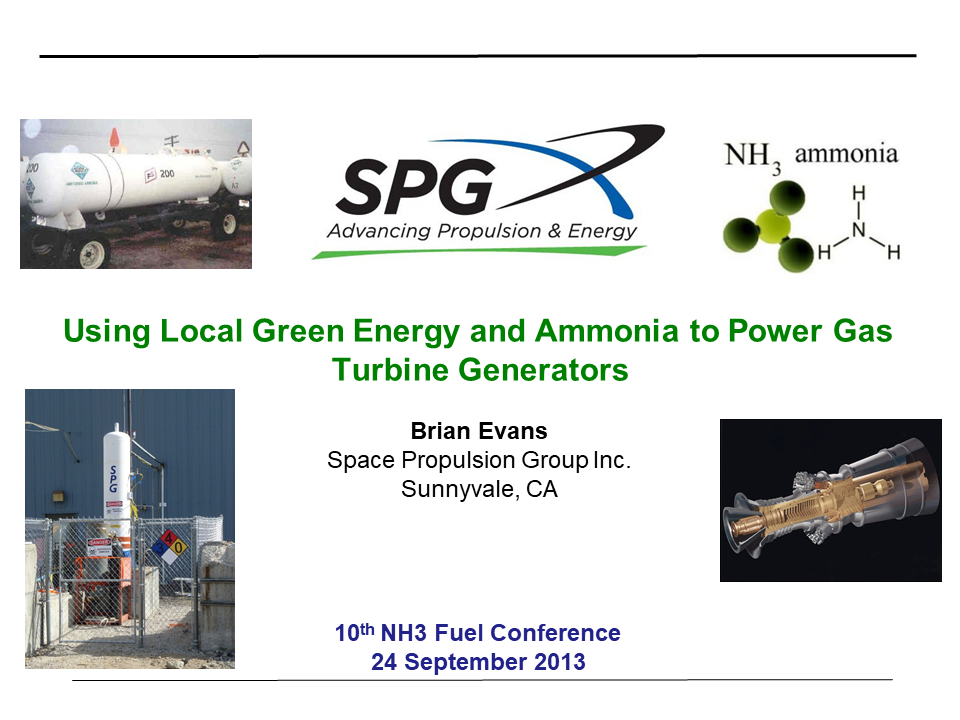 Beginning in the 1950s, a fundamental shift in the way information was electronically expressed and manipulated led to the “digital revolution” that has transformed — is still transforming — information systems and many major industries and that has given rise to the internet, social media, and instant very-low-cost communication (like this website).

A good case can be made that a similar “revolution” is beginning — has already begun — to transform the energy systems upon which we all depend.

This presentation will address the use of anhydrous (water-free) ammonia, NH3, as a realistic option for making a fundamental shift in the way energy is stored and used — a shift away from carbon-based coal, petroleum, and natural gas to a practical hydrogen-based fuel. Storable in tanks very similar to those used for propane, liquid anhydrous ammonia is a common, simple compound that, for decades, has been widely used as the refrigerant in air conditioning systems for commercial office buildings and as a fertilizer in commercial agriculture. Anhydrous ammonia can also be used as a fuel for electric power generation and for transportation; only the dominance of the fossil-fuel industry blocks routine introduction and use of this (non-carbon) hydrogen fuel.

Like the shift from analog to digital information systems, a shift from carbon to hydrogen energy systems will have transformational effects. Fresh water can be reclaimed instead of used up; renewable green energy from sun, wind, and water can be stored and used instead of energy from extractive non-renewables; and, most importantly, local energy production and use can replace the centralized national/global energy supply.

Dr. Evans is the Project Manager and Development Engineer at Space Propulsion Group (SPG), an aerospace firm that, for several years, has been working with anhydrous ammonia as an alternative green fuel for the gas turbines used in electric power generation. Not only could ammonia replace the natural gas now used in utility scale gas turbines but smaller turbines sized to power commercial buildings or residential compounds have the potential, when powered by ammonia, to produce heat and water in addition to electric power — all with no carbon emissions.