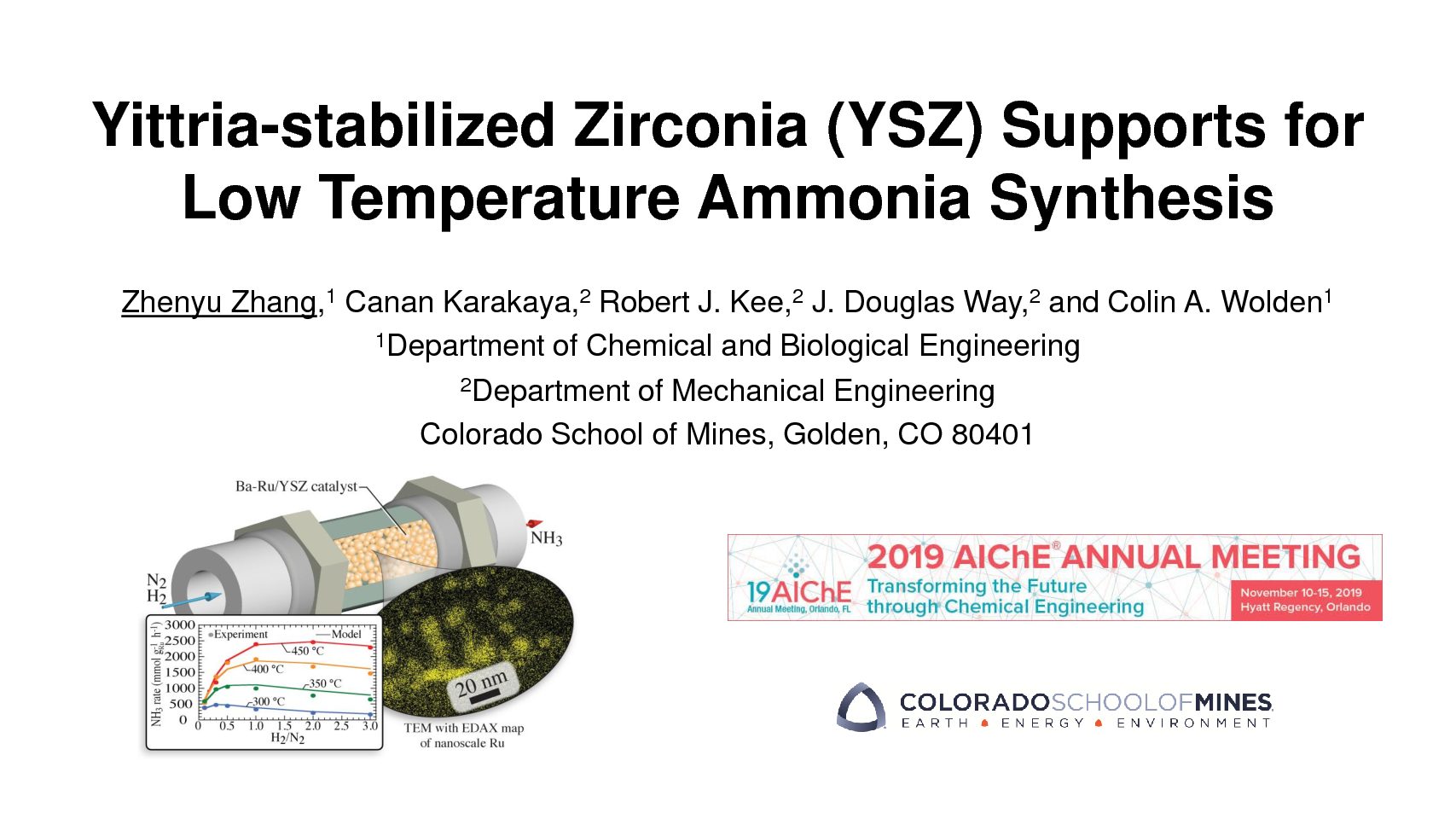 NH3 is important as the raw material for fertilizer production and high hydrogen density (17.7 wt. %) energy carrier. Conventionally, NH3 is synthesized through the well-known Haber-Bosch process at 400-500°C and P~150 bar. Both critical reaction conditions and massive production (145 mt NH3 in 2014 globally) make it one of the most energy extensive process, consuming 1-2% of the world’s total energy expense. Here we introduce YSZ as a more active Ru catalyst support than traditionally used supports such as Al2O3. The addition of Cs promoter increased rates an order of magnitude higher by reducing the apparent activation energy from 103 kJ/mol to 65 kJ/mol. The rate enhancement is largely insensitive to the amount of promoter addition, with Cs outperforming Ba and K by a factor of 2. At 400°C under 1.0 MPa, the synthesis rate was comparable with that of most active oxide-supported Ru catalysts. At low temperature (< 350°C) the rate becomes inhibited by H2 absorption, but the use of lower H2:N2 ratios enables the rate to remain comparable to what is observed in stoichiometric mixtures at temperatures > 400°C. Relative to a normal ratio H2:N2 = 3, operating at an optimized H2:N2 enables a positive pressure dependence of the reaction rate especially at temperature < 350°C. The superior performance of YSZ supported Ru catalyst suggests that it is promising for innovative NH3 synthesis processes operating at reduced temperatures.