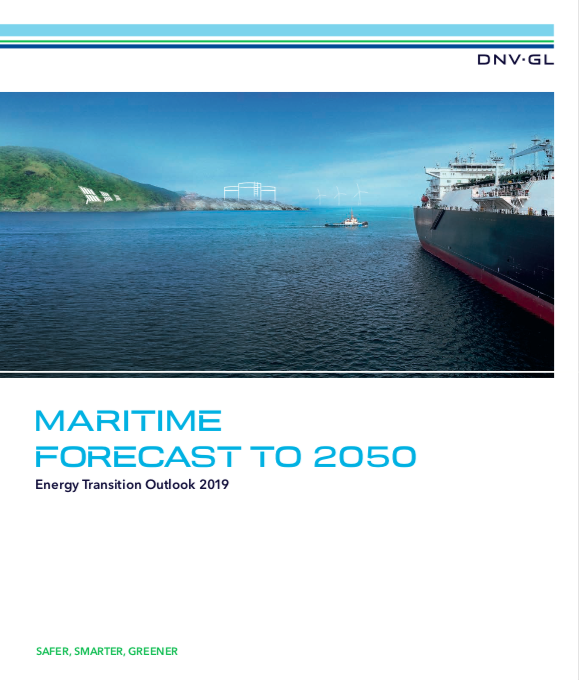 By Trevor Brown on September 20, 2019
DNV GL published its annual Energy Transition Outlook last week, which includes a dedicated analysis of the shipping industry in its Maritime Forecast to 2050. According to DNV GL, the IMO's 2050 emission reduction targets can be met through innovative ship design, using ammonia as an alternative fuel. Widespread commercial adoption of ammonia fuel would begin in 2037; ammonia would the dominant fuel choice for new builds by 2042; and ammonia would represent 25% of the maritime fuel mix by 2050. This represents new demand for roughly 120 million tons per year of green ammonia by 2050. This outcome greatly depends on how maritime regulations are developed in the coming years, but it would see ammonia-fueled ships represent almost 100% of new vessels (by fuel consumption) from 2044 onwards.