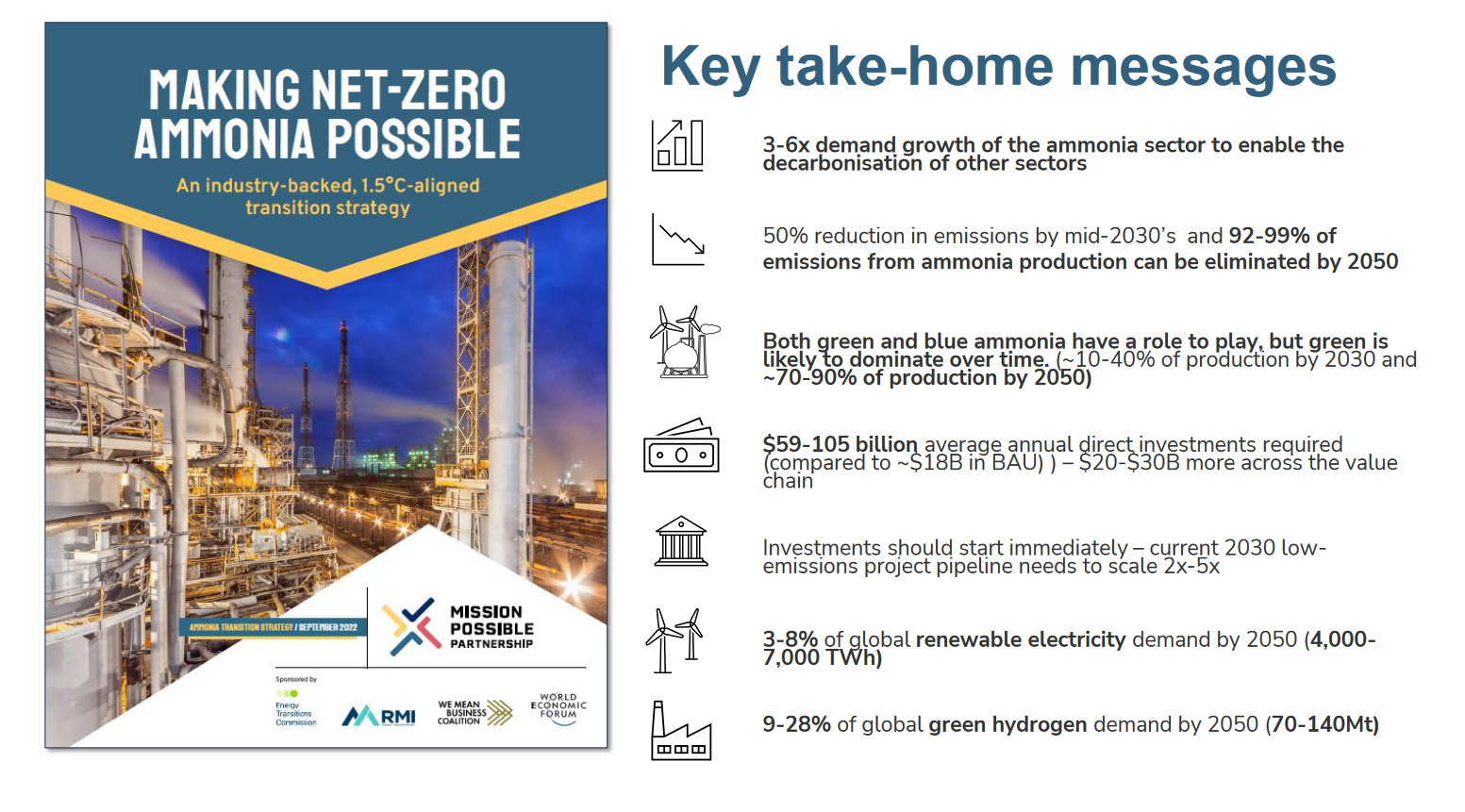 By Julian Atchison on September 29, 2022
Mission Possible Partnership has launched a new transition strategy for the global ammonia sector. Endorsed by a series of key ammonia energy players from across the supply chain, Making net-zero ammonia possible sets out a series of levers, mechanisms and priorities for the coming decade to ensure the ammonia sector achieves a 50% emissions reduction target by the mid 2030s, before almost fully decarbonising by 2050. 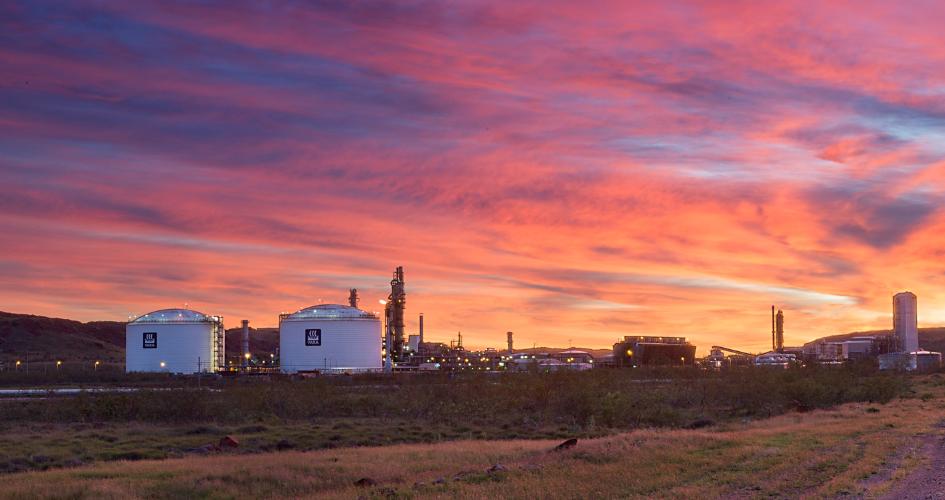 ENGIE has successfully reached a final investment decision on Project Yuri. The collaboration with Yara will see renewable hydrogen feedstock produced next door to Yara’s existing ammonia & fertiliser production facility in Karratha, Western Australia, with construction to commence this year, and production of renewable hydrogen to begin in 2024.

In further developments, Yuri has new stakeholders, with Mitsui & Co. securing a 28% interest stake in Yuri, and Technip Energy being selected to lead EPCC works. And in certification news, the Smart Energy Council also announced it has granted pre-certification for renewable hydrogen & ammonia production from Project Yuri, under the Zero Carbon Certification Scheme. 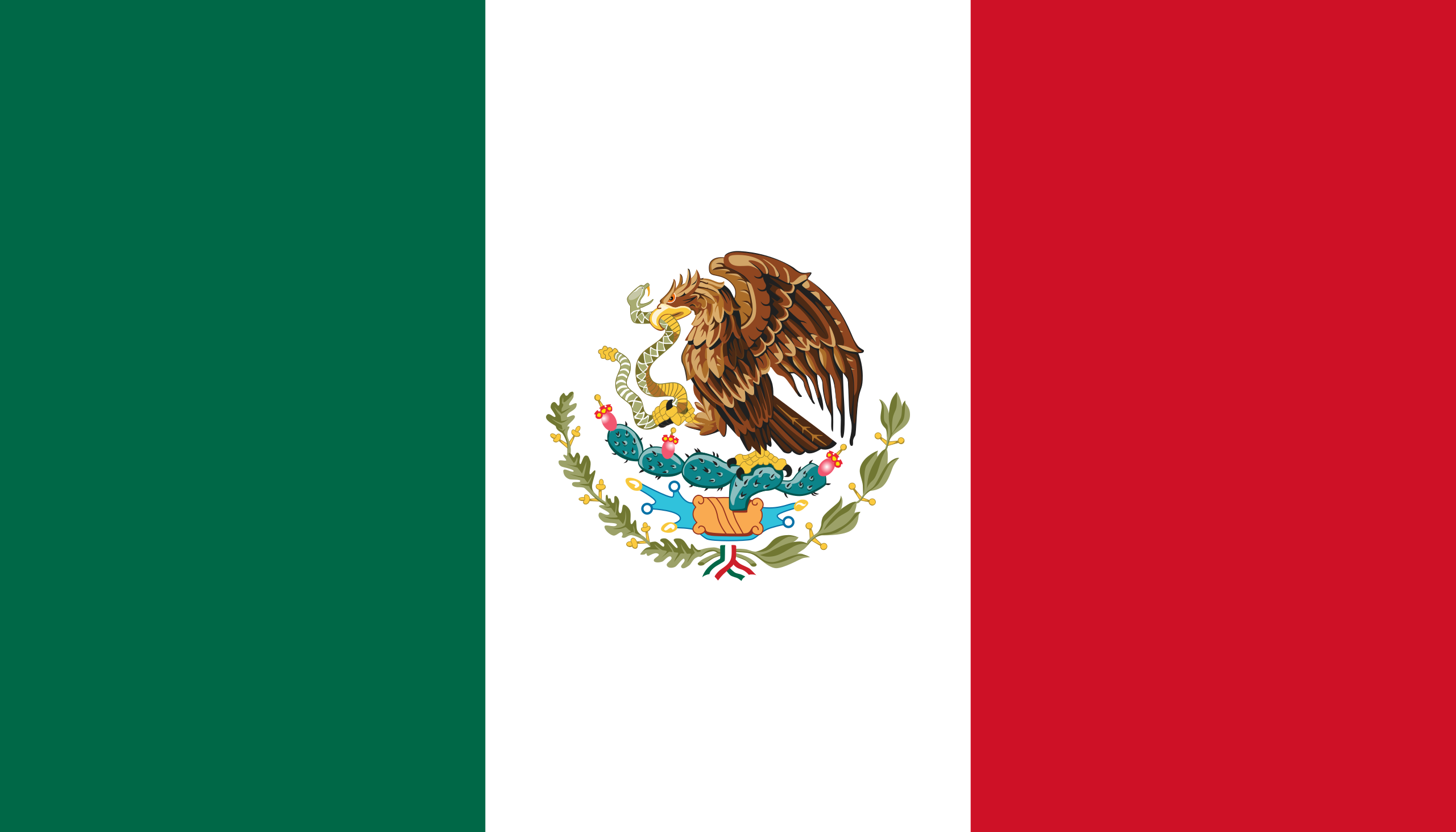 Ohmium to provide electrolysers for low-carbon fertiliser plant in Mexico

By Julian Atchison on September 21, 2022
Ohmium will deliver electrolysers to Tarafert to integrate into their new build ammonia & urea plant in Durango, northern Mexico. The ammonia plant is CCS-based, but an electrolyser facility & 1 GW solar farm will be built next door to give plant operators two different sources of low-carbon hydrogen feedstock: one CCS-based, and the other solar-based. 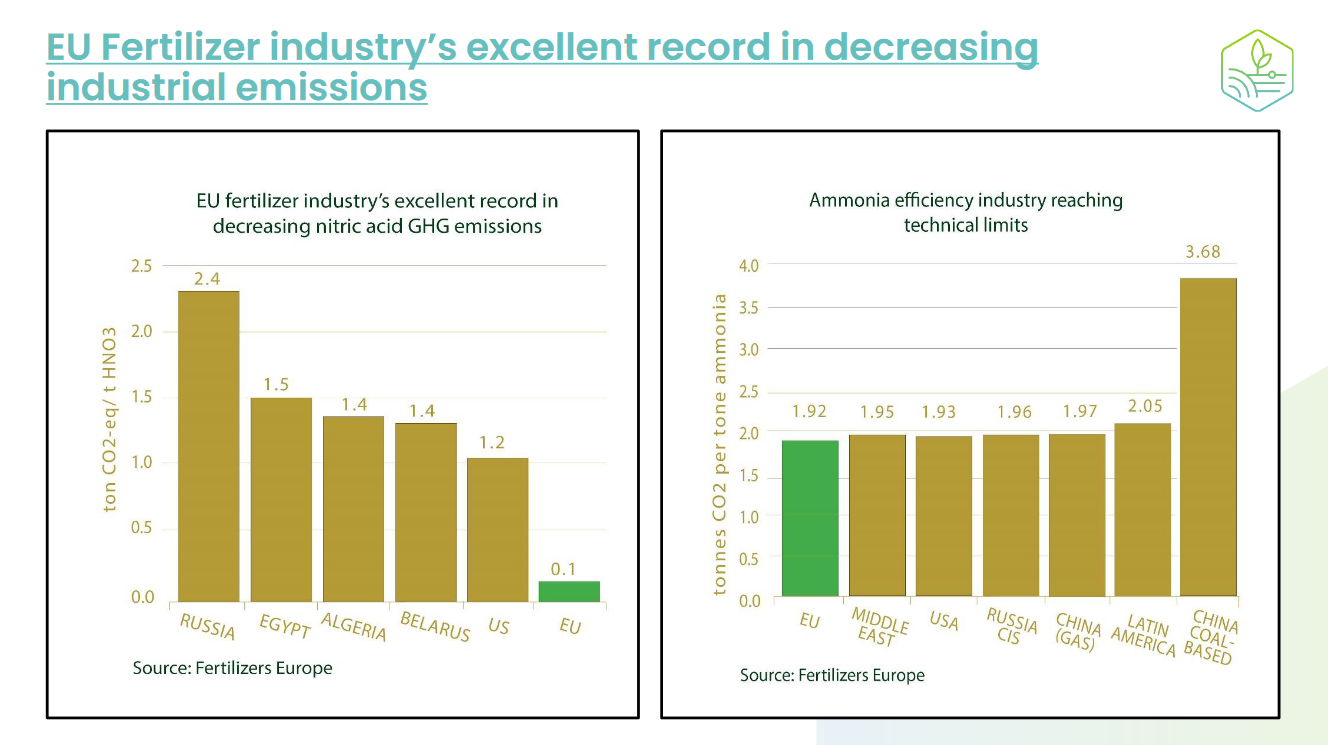 By Kevin Rouwenhorst on September 21, 2022
In our most recent episode of Ammonia Project Features, we explored the potential for renewable fertilizers in Europe. Birgitte Holder (Yara) explained that renewable hydrogen is low-hanging fruit for decarbonizing food production, but further emissions reduction will come from working across the full value chain: including on the farm itself. Yara’s agreement with agricultural cooperative Lantmannen is part of this wider focus. From a regulatory perspective, Theo Paquet (Fertilizers Europe) showed us there are many regulatory levers to pull to achieve decarbonization goals in the fertilizer sector, and that national food & energy security concerns may accelerate regulatory change in the coming years.

By Julian Atchison on September 15, 2022
Yara and Northern Lights have signed the world’s first commercial agreement for cross border CO2 transport and storage. Emissions from the Sluiskil production plant in the Netherlands will be captured, processed and transported for sequestration at the Northern Lights storage site off the coast of Norway. Yara is pursuing multiple decarbonisation options for the Sluiskil plant, including this CCS announcement, waste hydrogen, and offshore wind-to-hydrogen as part of Ørsted’s larger SeaH2Land project. 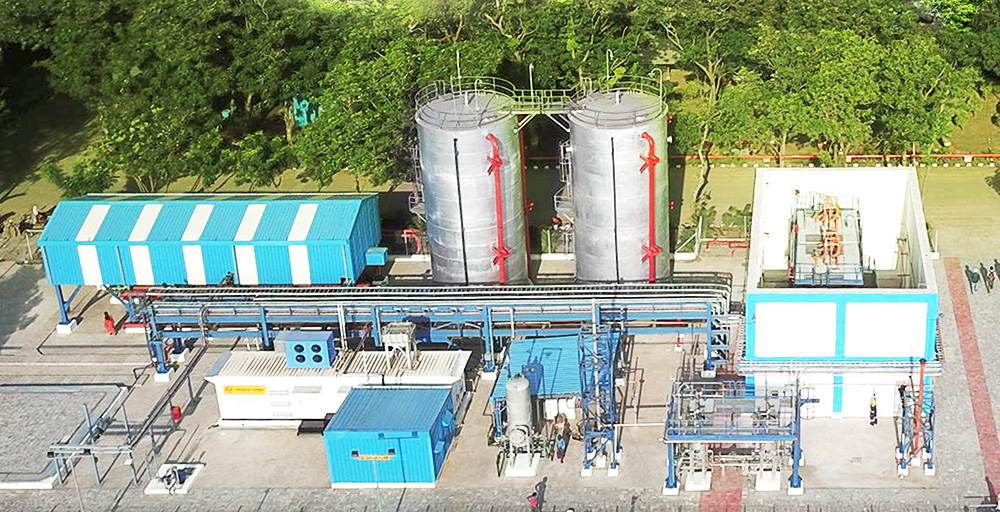 In Indian developments this week: 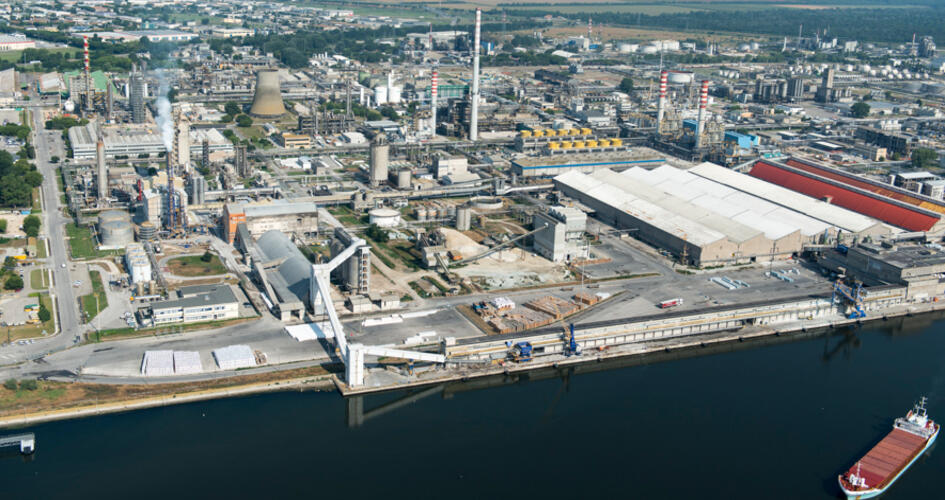 By Julian Atchison on September 02, 2022
Yara and a consortium of industrial partners will join forces to develop a CCS project near the cities of Ravenna and Ferrara in northern Italy. The partners represent a wide range of energy-intensive industries, including Yara’s two fertiliser & urea production plants. The Ravenna project would capture emissions from industrial facilities in the area, transport and permanently store them in depleted gas fields in the Adriatic Sea. The project is the first of its kind in Italy. 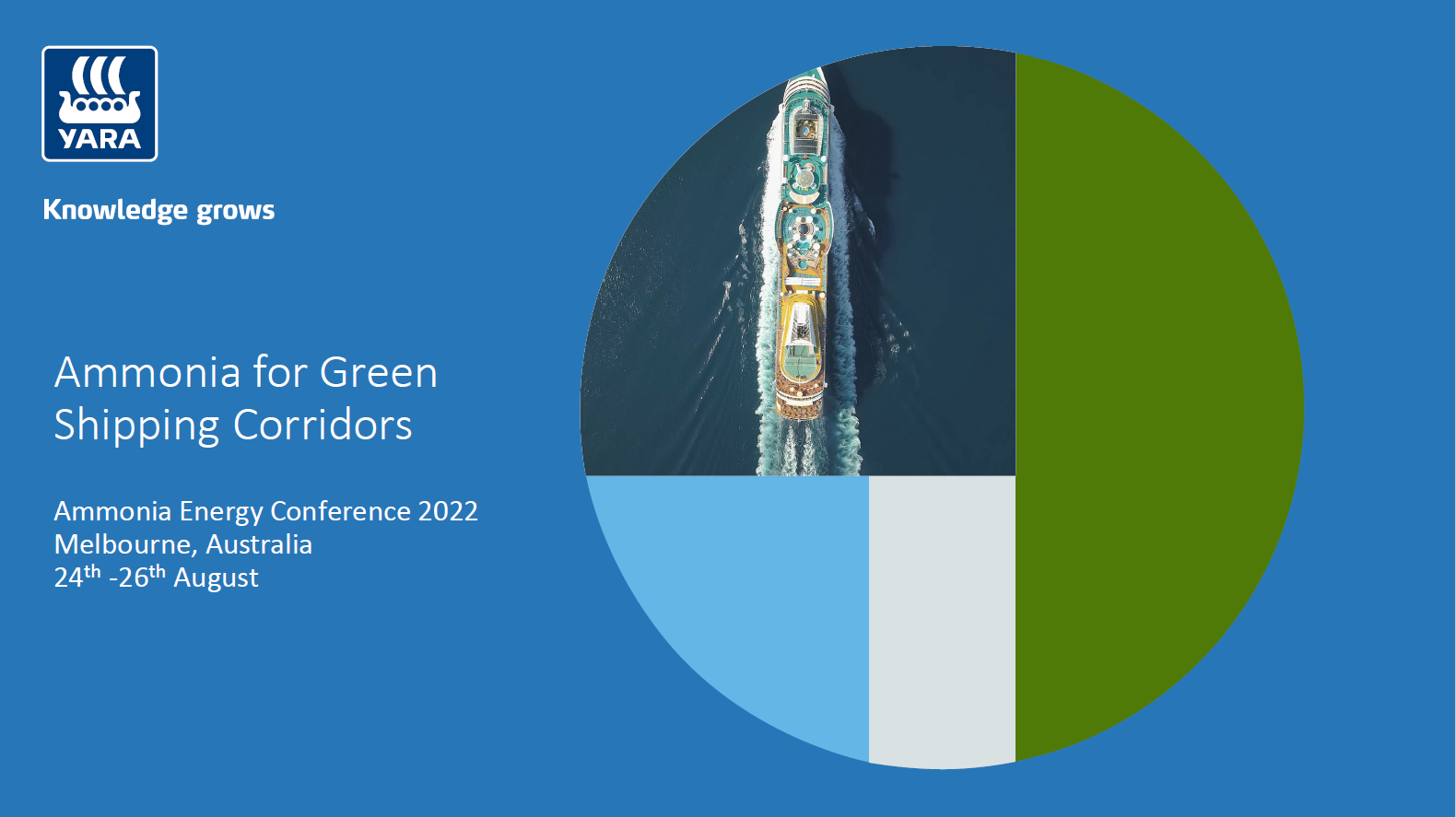 By Vibeke Rasmussen on August 25, 2022
Decarbonization of shipping (responsible for 3% of global greenhouse gas (GHG) emissions) is a complex task due to the scale and complexity of the industry. However, it will not be possible to scale from day one and we need to start somewhere, and this is where Green shipping corridors play and important role. Yara, as the world’s largest ammonia distributor today, is partnering with several players to make this happen. In Scandinavia we have partnered with several players to build a network of ammonia bunkering barges and this summer we also signed a Collaboration Agreement with Pilbara Ports Authority (PPA)… 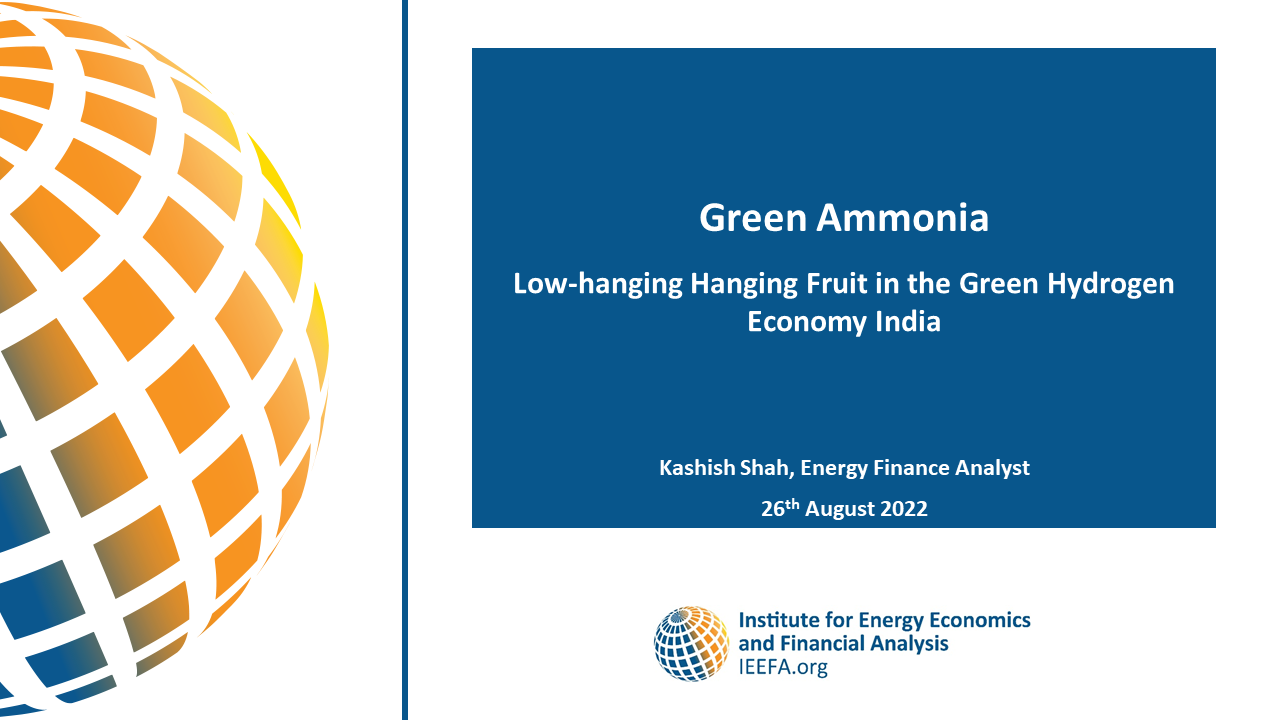 By Kashish Shah on August 25, 2022
This presentation is based on analysis found in the following report from IEEFA: Green ammonia: low-hanging fruit for India’s green hydrogen dream (Kashish Shah, April 2022) 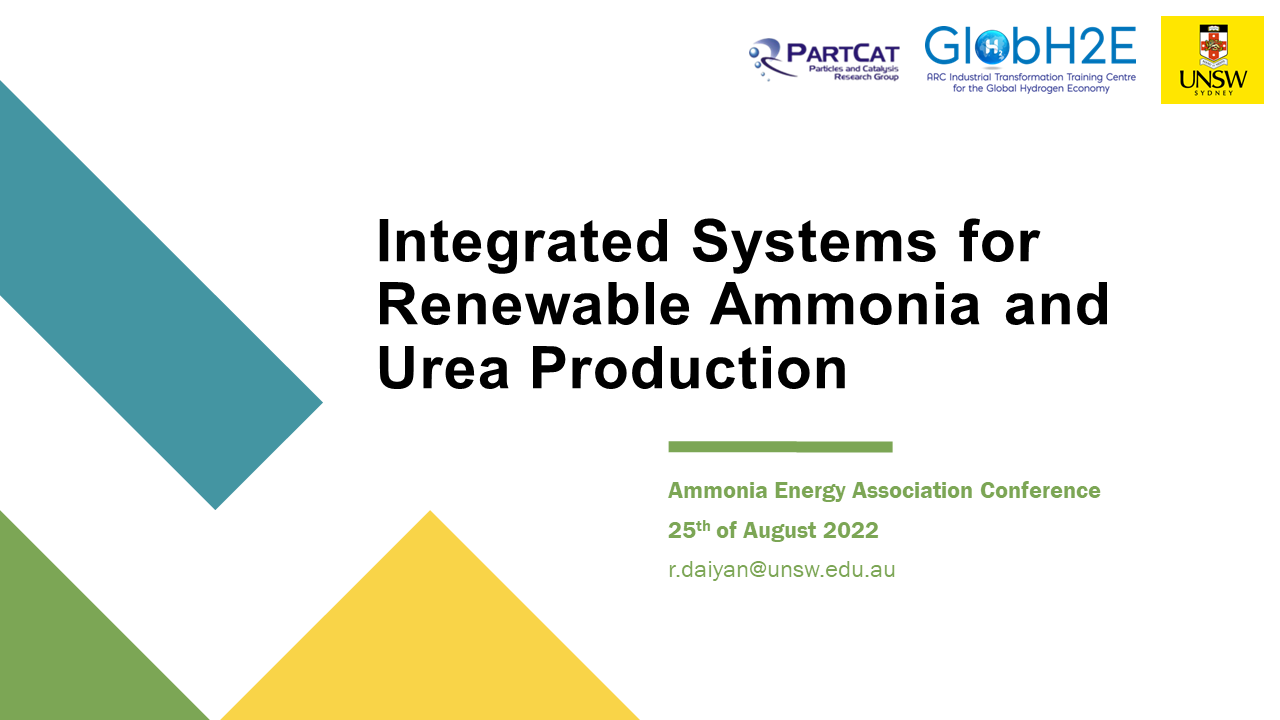